No Thanks
Panama City, Panama 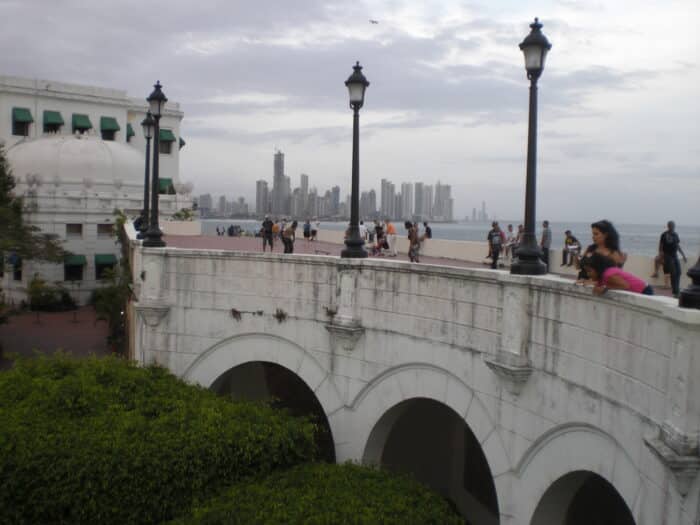 This is a ‘runseeing tour’ of Casco Viejo — the old section of Panama City, tucked along a peninsula just northeast of the Panama Canal’s Atlantic opening. Built in 1673 after the original settlement, Panama Viejo, was destroyed by pirates, this neighborhood has a rich history, waterfront views, and fascinating architecture. Thanks to the addition of the Cinta Costera III and pedestrian-only streets like Calle 5a, runners can take in many of the sights on foot. Start from the north end on the Cinta Costera in Plaza V Centenario, then head south to Av. Eloy Alfaro, where you’ll turn LEFT. Pass the Palace of the Herons, then in two blocks bear right onto Calle 3a Este, which will take you into Plaza Simon Bolivar near San Francisco de Asis Church. Exit the plaza to the east on Ave B., then follow Calle 2a Este south past the Casa de Ruben Blades and the Hotel Casco Viejo to Calle 5a. Follow this pedestrian only pathway along the water’s edge, taking in the sights and sounds of the lively market at Plaza de Francia. After rounding the peninsula, continue north on Calle 2a Oeste to Plaza Carlos V, then turn LEFT on Av. A. This vibrant strip passes the Arco Chato, where you turn RIGHT, then turn LEFT onto Av. Central which runs directly into Plaza Independencia and the Metropolitan Cathedral. After the plaza, use any street to turn LEFT and head south into Plaza Herrera/Av. A. Then, use any combination of streets to reach the Cinta Constera at Paseo de Los Poetas. Follow the Cinta waterfront oath as it winds counterclockwise around the bay back to the start – for this last 3 km you’ll be rewarded with nothing but great views!

Note: Casco Viejo can get quite busy and the Cinta Costera is very exposed to sun, so we recommend running early in the morning to beat the crowds and the heat.