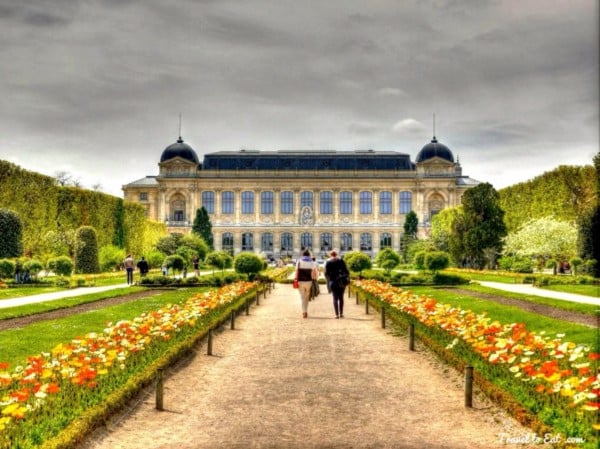 The heart of Paris is graced by wonderful and historic parks. All have dedicated pedestrian paths wide enough for running. There are many options for running one or more of these parks, incorporating other sites and parts of the Seine river paths. Rather than proscribe a particular ‘run’, here’s a bit of info on each of the main parks.

Bastille. Separate path for pedestrians. About 1 mile around. Bathroom at north end.

Jardin de Plantes. Across the bridge from Bastille. 0.8m around perimeter. The city’s largest botanical garden. Great in the rain as trees provide shade. Unpaved paths.

Jardin de Tuileries. Right in front of the Louvre. 0.65 miles east to west end. 1.6 miles around perimeter. Tuileries and Champs Élysées is a nice 3 mile loop.

Luxembourg. Beautiful gardens and paths, laid out in a geographic pattern. Medici Fountain. Can be crowded. 1.3 miles around perimeter path.

Invalides. One of the best for running. Wide paths, fewer people. 1.7 miles around perimeter.

Montsouris Hosts Parkrun, a free group 5k, every Saturday morning. You can see the course map and learn more here.