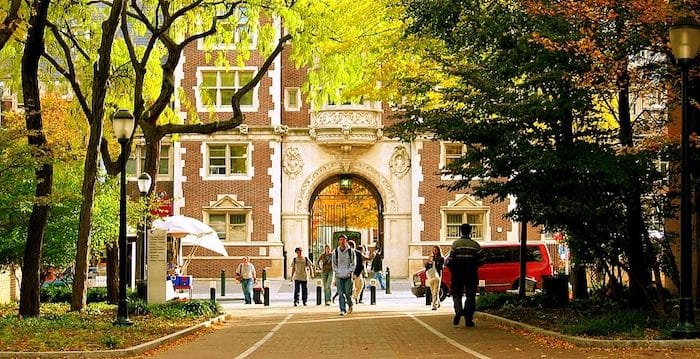 One of America’s first universities, the University of Pennsylvania has a campus that makes for a very pleasant spot for a run. Pretty, tree-lined paths pass by buildings showing a range of architectural styles, from gothic to more modern. The University is located on the west side of the Schuylkill River, close to downtown and accessible via transportation.

Rather than map a specific route, we recommend creating your own run of 3-4 miles on this pretty campus, the central part of which runs between 34th and 40th St., between Walnut  St. and Chestnut St. The highlights of running on the University Campus include: Locust Walk, a pedestrian path running from S. 40th, east to S. 34th (0.5 miles); Woodland Walk, which runs diagonally between N. 38th and Market St. & S. 30th (~1 mile); and the heart of the campus between Walnut St. & Spruce St. If you run this area, you’ll see most of the central campus’ major buildings.

For a longer run, head over one of the bridges to the east side of the Schuylkill River Trail.