Includes Camden, NJ. See Also Our Guide to Running in the Philadelphia Suburbs 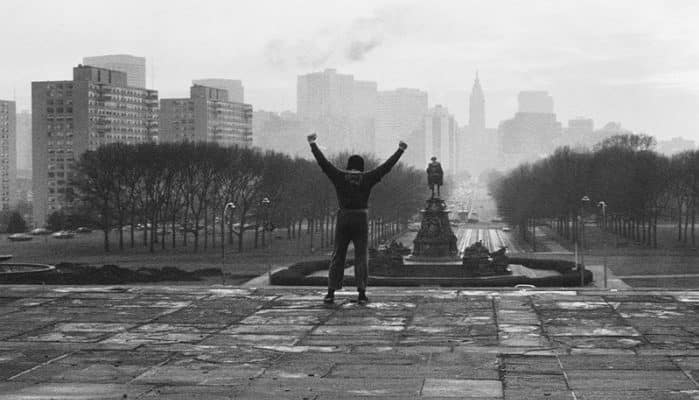 Philadelphia, noted for its rich history, is one of the more pedestrian-friendly cities in the United States. Laid out with some grand city planning, Philadelphia boasts varied architecture, numerous cultural institutions, and several universities. There’s an excellent variety of running in Philadelphia, with some great options downtown, significant parks, and extensive river trails. And of course, Rocky’s run up the stairs of the Philadelphia Museum of Art is on any runner’s ‘bucket list’. The central part of Philadelphia is easy to get around, with good public transport. Several of our downtown area routes can be combined.

Our guide to the best places to run in Philadelphia includes a Philadelphia Highlights tour, and a great ‘runseeing’ tour of the  historic section. For off-road running, check out beautiful Fairmont Park and paths along the Schuylkill River. The University of Pennsylvania has a great campus for running. Adjacent to Old City, there are paths along the Delaware River, with options to  cross he Benjamin Franklin Bridge to New Jersey. Other favorites include Olmsted-designed FDR Park in South Philly, the nine-mile trail in Pennypack Park, and the Cobbs Creek Trail.

For more routes just outside the city, see our guide to the Philadelphia suburbs, which includes coverage of Montgomery, Delaware, Chester, and Bucks Counties.

Some of our favorite runs in Philadelphia, PA 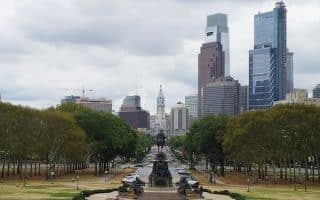 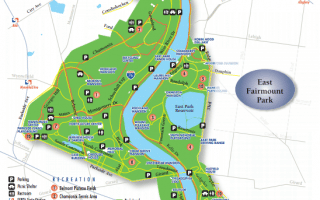 Iconic | Multi-Use Trails | Parks | Blossoms & Blooms | Iconic Parks
Many opportunities for running in one of the largest urban green spaces in the country. See the map for various loop and bridge options, along the water or interior trails.
Explore 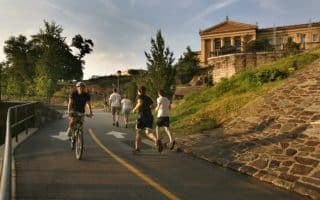 Along the Water | Iconic | Multi-Use Trails | Classic River Paths | Rails-to-Trails
A multi-use trail of some 60 miles. The section accessible from central Philadelphia is about 10.5 miles, starting at South St. and continuing past Manayunk.
Explore 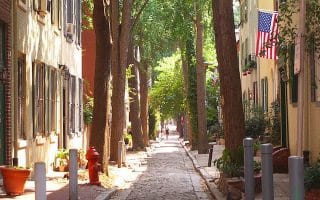 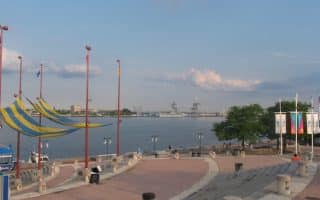 Along the Water | Multi-Use Trails | Bridges | Classic River Paths | Rails-to-Trails
Two states, the Ben Franklin Bridge, Delaware river paths, and tons of history -- all in one run! We've mapped routes incorporating 2.5 miles of waterfront paths on the Philly side & 1 mile in Camden on the NJ side. Run over the Bridge, 1.5 miles each way.
Explore 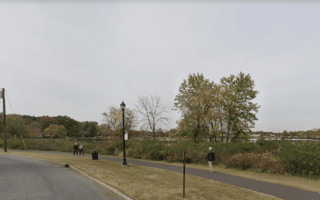 Along the Water | Multi-Use Trails | Parks | Rails-to-Trails
Just across from Philadelphia Old City, Camden NJ has some nice running options. There's 1 mile along the Delaware River (part of our 'two-state run"), and several miles of mutli-use paths along the Cooper River, with some nice loop options.
Explore 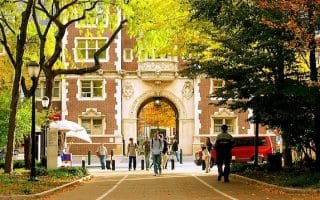 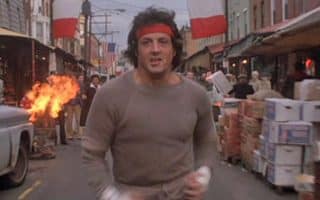 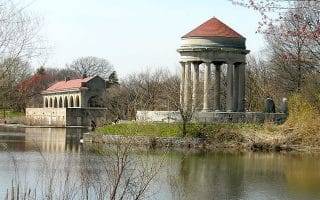 Parks | Olmsted
Olmsted-designed FDR Park has numerous trails, a golf course, and other recreational options. A lap of the park is about 3 miles. Includes a tour of Philadelphia Navy Yard, for views of the boats and some of the ‘grittier’ side of Philadelphia.
Explore 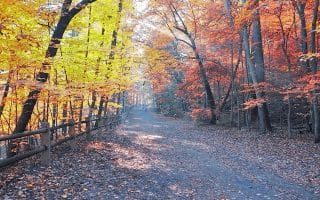 Multi-Use Trails | Parks | Trail Running | Foliage | Rails-to-Trails
An 1,800 acre park north of Fairmount Park in the northwest section of Philadelphia. 50+ miles of trails, many of them wooded. The flat run along ‘Forbidden Drive’ (a road closed to cars) parallels a creek.
Explore 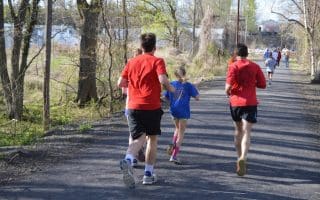 Along the Water | Multi-Use Trails | Parks | Rails-to-Trails
The nine mile long Pennypack Park, along the creek of the same name, is the reclaimed grounds of a gristmill with a long dirt and asphalt path.
Explore 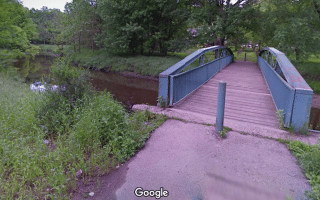 Along the Water | Multi-Use Trails | Parks | Foliage | Rails-to-Trails
The Cobbs Creek Trail, a 3.7 mile asphalt path, is a lovely tree lined corridor on the banks of Cobbs Creek.
Explore 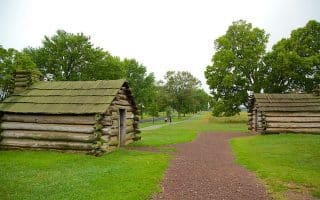 Iconic | Multi-Use Trails | Parks | Blossoms & Blooms | Iconic Parks
Many opportunities for running in one of the largest urban green spaces in the country. See the map for various loop and bridge options, along the water or interior trails.
Explore

Along the Water | Iconic | Multi-Use Trails | Classic River Paths | Rails-to-Trails
A multi-use trail of some 60 miles. The section accessible from central Philadelphia is about 10.5 miles, starting at South St. and continuing past Manayunk.
Explore Philadelphia summers that can be hot and humid. Spring and fall are gorgeous. Winters are cold but not frigid. Roads can get snowy and icy. About the same as New York City. Rain is fairly consistent throughout the year but in summer is more characterized by short, bursty thunderstorms.

One thing that’s great about Philadelphia is that there are wonderful hotel options within proximity of good running routes. Most hotels in the center city are in the “square” between Spruce to the south and Race St. to the north, and east-west between 10th an 19th St. This provides access within a mile or two to most of the ‘iconic’ runs in Philadelphia. There’s another cluster of hotels in the historic district near the waterfront and the Ben Franklin Bridge, and around the Univ. of Pennsylvania.

Each major running area of Philadelphia has one or two good dedicated running stores.

Road Runner Sports is a great, family-run option for those on the Jersey side of the river. Located in Cherry Hill.

Saturday 9am from Art Museum steps, run by Philadelphia Runners

RunPhilly has a great Web site with a master schedule of group runs.

Philadelphia Marathon. November. One of the oldest and most historic Marathon races, covers a lot of the great sites of Philadelphia.