No Thanks
Prague, Czechia 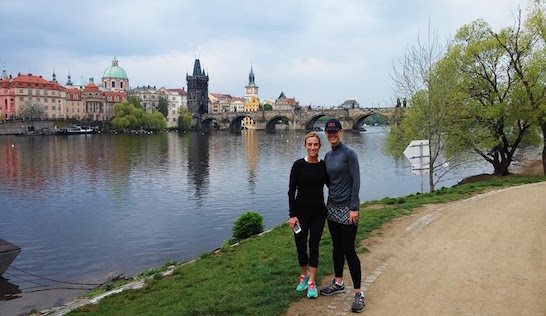 This route is Prague’s classic river run. There are dirt paths along most of the Vltava River in the city center, with numerous options for loops involving the numeous bridges. Our route begins at the Karlovo náměstí metro stop or from your hotel (if it is near enough). The route follows the Vltava river embankment passing Kampa Island, the Lennon Wall and Zofin Island. Look forward to refreshing air, awesome views and of course amazing landmarks. This route is easy to follow, utilizing a path along either side of the river and the numerous bridges crossing over. If you want a longer route, try extending your run along the Right River Bank. The northern tip is especially rewarding.

A tour of some of Prague’s major sites and attractions, most of which are near Wenceslas Square.... more...

This is a tour of the Prague Castle, Petrin Park, and Kampa Island, focused on the West... more...