No Thanks
Providence, RI 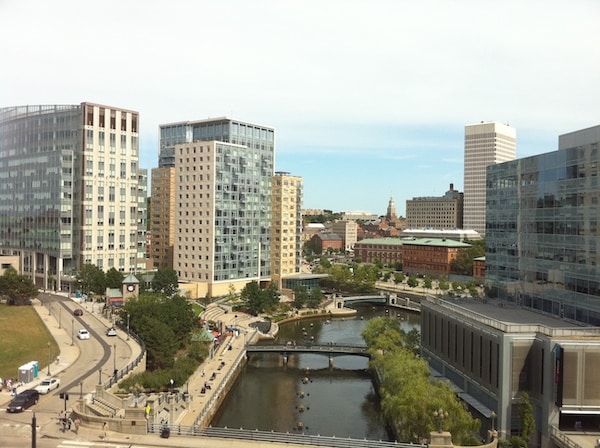 Downtown Providence can be gritty and an ode to car-centric planning with a tangle of highways cutting through its center, but there have been some efforts of late to make the waterfront more accessible. We’ve put together a nearly 5 mile route along the Providence River — nearly all of it off-road and with good water views.

Start downtown at the statue in Burnside Park, and run toward the water. Cross to the eastern side (RISD Museum), and head south along the river through Memorial Park, taking in the Gun Totem and Holocaust Memorial. At the ~1 mile mark, reach Fox Point and turn LEFT to do a loop around the waterside India Point Park. Next, do an out and back over the bridge called George Redman Linear Park, which parallels the Washington Bridge (this is also the start of the East Bay Bike Path). Return via India Point, and S. Water St., heading north along the water, CROSSING at the Providence City Bridge Rd. (pedestrian bridge). The final mile is on the western side of the river, on paths through Waybaussett Neck.

The signature run in Providence, popular with pedestrians and cyclists alike. Starting at India Point Park in... more...