See Also Our Guide to Running in Nearby Newport 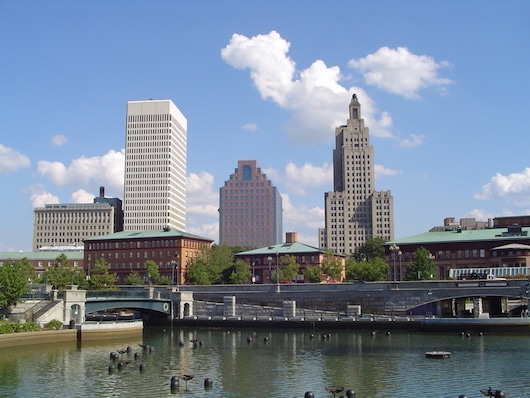 The historic waterfront city of Providence is the capital of Rhode Island and the third largest city in New England. With its setting at the head of the Narragansett Bay, historic neighborhoods and parks, there are plenty of great options for running in Providence and Newport.

The signature run in Providence is the East Bay Bike Path which runs for 14 miles along the water to Bristol. To get a sense of Providence in foot, check out our Downtown Providence route. Another signature run is the classically designed Roger Williams Park.  For history and architecture, enjoy our routes in the College Hill neighborhood, Blackstone Boulevard, and the Pleasant Valley neighborhood. In East Providence/Pawtucket, the Ten Mile River Greenway is a pleasant path along the water. Other good multi-use trails are the Woonasquatucket River Greenway and the Washington Secondary Bike Path.

Some of our favorite runs in Providence, RI

The signature run in Providence, popular with pedestrians and cyclists alike. Starting at India Point Park in... more...

Elaborately landscaped 427-acre park and historic district is one of the loveliest urban parks in the United... more... 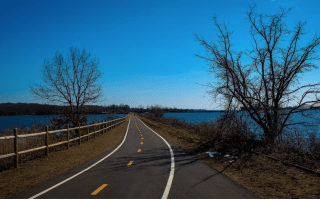 Along the Water | Iconic | Multi-Use Trails | Rails-to-Trails
The signature run in Providence, popular with pedestrians and cyclists alike. Starting at India Point Park in Providence, the paved trail follows the Providence River for 14.5 miles to Bristol. Great water views much of the way.
Explore 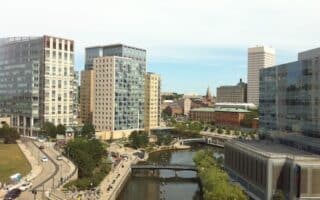 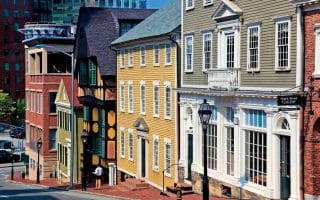 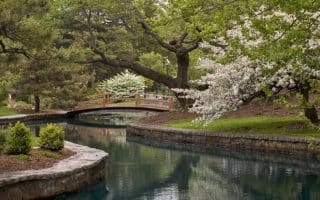 Parks | Arboretum/Botanical Garden | Foliage | Iconic Parks
Elaborately landscaped 427-acre park and historic district is one of the loveliest urban parks in the United States. Our 3.1 mile loop runs past the Temple to Music, and The Roger Williams Botanical Gardens. Good 2-mile add-on as well.
Explore 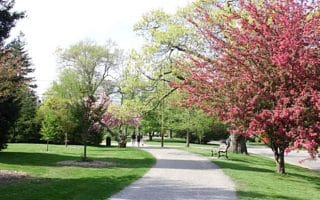 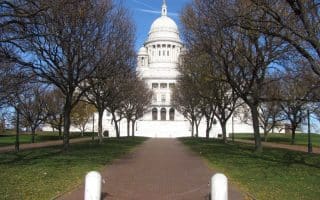 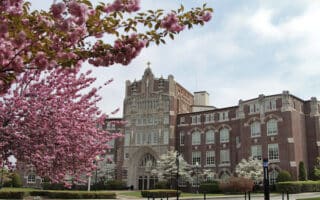 Gorgeous Residential | Universities
Create your own route on the pleasant paths around the campus of Providence College and the adjacent Oakland Ave. Historic District neighborhood. Can combine with Pleasant Valley route for a longer run.
Explore 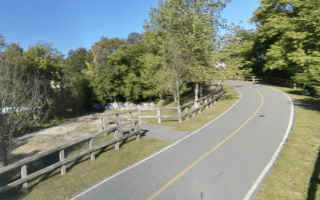 Along the Water | Multi-Use Trails | Rails-to-Trails
Paved multi-use path runs along the west bank of the Woonasquatucket River from Waterside Place in Providence to Lyman Ave in Johnson. About half the route is on an off-road trail and half is on road. Some nice water views in sections.
Explore 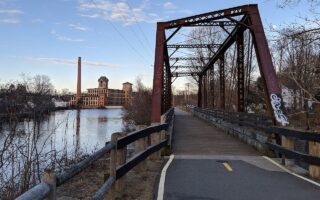 Multi-Use Trails | Rails-to-Trails
Choose a section of this 19-mile paved commuter route through the Cranston and Warwick areas south of Providence. The path mostly runs through commercial areas, but it does hit some lovely spots, especially on the south end. Hilly along western half.
Explore 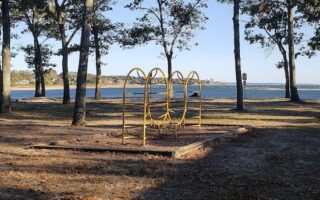 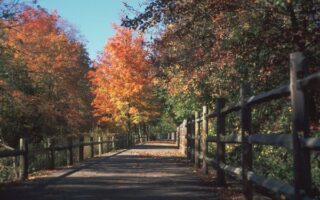 Along the Water | Multi-Use Trails | Foliage | Rails-to-Trails
Great option for a scenic off-road run through Cumberland, Lincoln, and Woonsocket. The 10-mile paved multi-use path that follows the Blackstone River, with some nice water views. Combination of woods, waterfront, and a couple of industrial sections.
Explore

Along the Water | Iconic | Multi-Use Trails | Rails-to-Trails
The signature run in Providence, popular with pedestrians and cyclists alike. Starting at India Point Park in Providence, the paved trail follows the Providence River for 14.5 miles to Bristol. Great water views much of the way.
Explore

Providence is known for it’s warm summers, cold winters, and especially, it’s high humidity year-round. The intense humidity is influenced by the Atlantic ocean, which keeps Providence, and the rest of the state of Rhode Island, warmer than many inland locales in New England. July is typically the warmest month, while January is often the coldest. Providence has a compact downtown, with numerous places to stay. The Downtown Route, Blackstone Boulevard Park, College Hill, and the East Bay Bike Path, are all accessible from downtown hotels. Here is a guide to a few running stores in and around the Providence area. All stores are easily accessible on public transportation via bus, if you don’t have access to a car.

Narragansett Bay Half Marathon and 5k

Run through the RIPTA Bus Tunnel