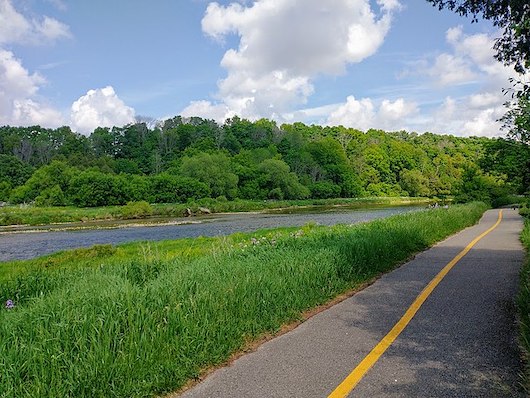 This run combines RIM Park with the Walter Bean Trail along the Grand River. RIM Park is named after Research in Motion, the company that created the Blackberry smartphone. Overall, there are 7 km of looping trails in RIM Park, in the RIM Park Manulife Sportsplex.

Start with a ~1 km loop around the park’s athletic fields and recreation facilities, and then to hop on the Walter Bean Grand River Trail, which runs alongside the Grand River for ~4 km. The paved path is part wooded and part open, with some views of the water. For the return, either head back on the trail or make it a loop, using Country Squire Rd.