No Thanks
Riverside-San Bernardino, CA 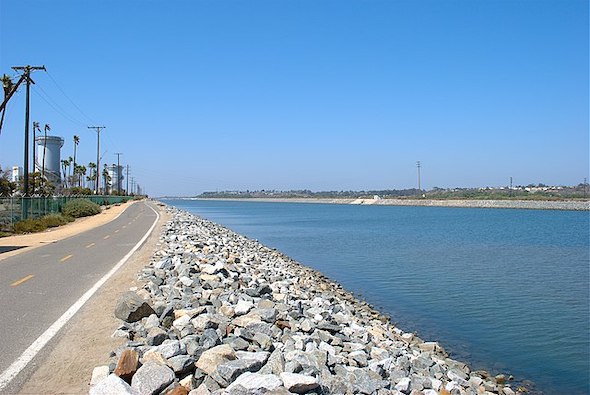 The Santa Ana River Trail is among the best longer distance off-road running options in the Inland Empire. Overall, the paved multi-use path runs for 50 miles between Huntington Beach on the coast and San Bernardino, with some gaps. We’ve mapped the 2-mile Inland Empire section between the Power House southwest of Riverside and S Waterman St. in San Bernardino.

From the Power House, the trail actually runs inland for 10 miles. The heart of the trail in Riverside, and the section along the river, starts at Mile 10 on our route at Mt. Rubidoux State Park. The 2 miles between Mt. Rubidoux and Fairmount Park are among the most scenic, with additional paths in the parks and some nice greenery. The path continues the river, which can often be dry, northeast toward San Bernardino. Overall, the terrain is quite open and exposed  — some sections are prettier, others are more sprawly/industrial. But a good way to clock in some miles!  Note: Gradual climb between Riverside and San Bernardino, headed northwest.