No Thanks
Rochester, NY 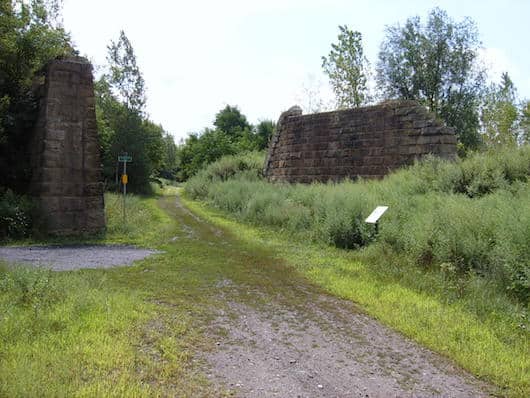 Basically a southern continuation of the Genesee River Trail, the Greenway runs along the abandoned Genesee Valley Canal and Pennsylvania Railroad for nearly 90 miles through five counties. The mainly cinder trail heads south from Rochester through small towns, stream-cut valleys, and rocky gorges. It’s paved for the first two miles

The northern terminus of the trail is at Genesee Valley Park, at the intersection of the Erie Canal Path and the Genesee River Trail. The Greenway heads south, by the airport. It’s 3 miles to the Rochester Institute of Technology, 6 miles to I-90, and 10 miles to Scottsville.