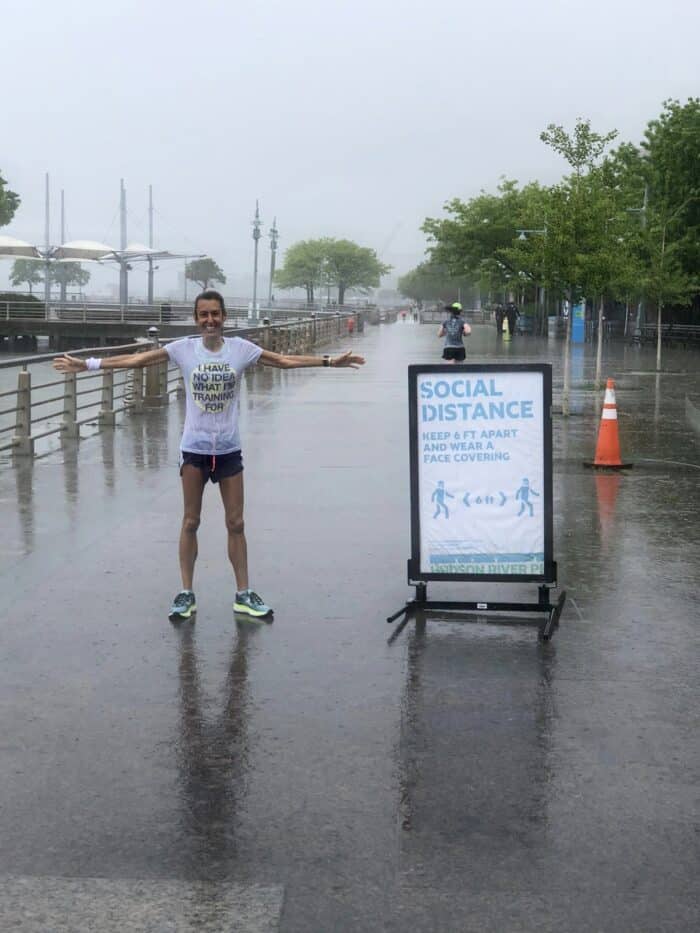 Kassie H. practices socially distant running in NYC, wearing a t-shirt that says "I have no idea what I'm training for."

“I could not make it just one run, but rather a series of therapeutic runs. Running is what kept me sane during 2020. I was registered for a marathon and an ultramarathon, neither of which happened. Instead, as the pic says, I had no idea what I was running for. But I ran. And it helped. Cheers to everyone who felt the same.” —Kassie H., NYC