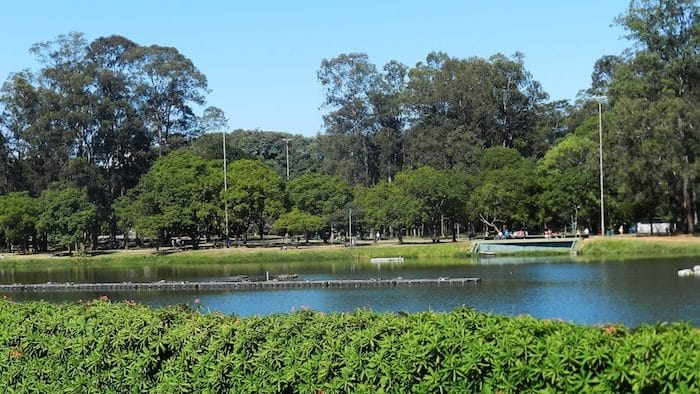 One of Latin America’s largest city parks, Ibirapuera Park, covers over 158 hectares (nearly 400 acres)  features both natural and cultural sites. The park opened in 1954 on the 400th anniversary of the city of Sao Paolo and has been one of the city’s most popular attractions ever since.