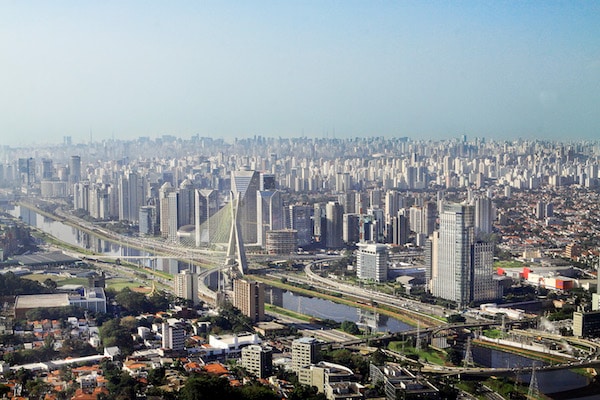 This is our guide to running in São Paulo, the world’s fourth most populous city!  Tourists flock to this cosmopolitan city for its cosmopolitan culture. São Paulo sits on a plateau at 2,600 feet and is 70 km from the ocean. It’s divided into 32 boroughs, with most of major economic and tourist facilities in the Centro Expandido (“Broad Downtown”), which includes Sé and several other boroughs. Running in São Paulo can be a challenge, given the city’s congestion, poor air, and relative lack of green space. The installation of numerous cycle paths has also helped the running scene.

The best places to run in São Paulo are centered in the Alto de Pinheiros neighborhood, with its two signature parks — Parque Ibirapuera and Parque Villa-Lobos, plus riverfront paths and the Univ. of São Paulo. For a long off-road run, the best bet is the cycle path along the Pinheiros River. Our Centro Histórico ‘Runseeing‘ Tour explores São Paulo’s downtown core. For a great hill run, head to the Pico de Jaragua! Cycle paths along Av. Faria Lima & Av. Sumaré are also decent running options.

Public transport consists of a six-line metro, a suburban rail system (CPTM), and a fast-lane bus system, called “Passa Rápido”. Note: If you’d like to have a guided running experience in São Paulo, we highly recommend our affiliate partner Go! Running Tours.

Some of our favorite runs in São Paulo, Brazil 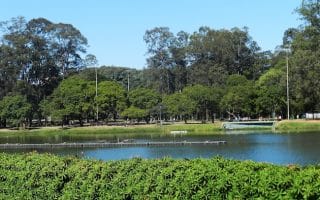 One of Latin America’s largest city parks, with many natural and cultural sites. Follow one of the four mapped running courses or create your own! There are lovely paths, gardens, bike paths, several museums and interesting buildings.
Explore 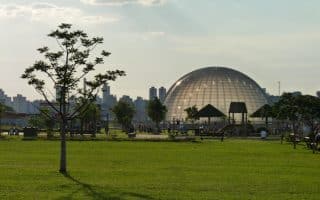 Parque Villa-Lobos is one of São Paulo’s best outdoor leisure destinations. With running routes, biking routes, hiking trails and sports fields, the park offers many options for those looking for some activity. There are paths of 700 m to 2.1 km for running.
Explore 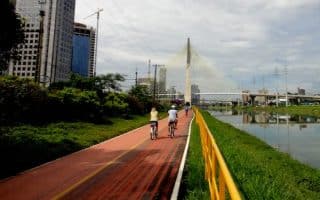 One of the best opportunities for a longer off-road run in São Paulo. The cycle path runs along the Pinhheiros River for 22 km from Parque Villa-Lobos south to the Jurubatuba. Nice water views.
Explore 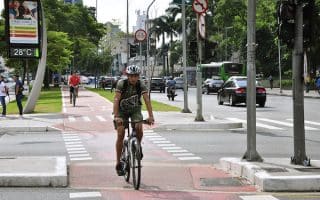 No awards for scenery, but a good way to clock some miles! A cycle path runs in the median of the main road that runs for up to 14 km between our Parque Villa-Lobos and Parque Ibirapuera routes.
Explore

A centrally located road accessing many of São Paulo's interesting points, in the Perdizes neighborhood. Busy, but with bike/pedestrian path along the center of the road. It's about 6.5 km out and back between Allianz Stadium and the Av. Paulo VI end.
Explore 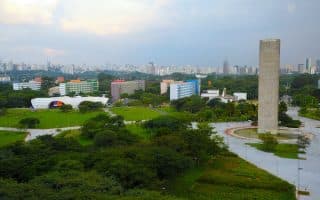 One of the more popular places to run in São Paulo. There are many paths, small parks, and hills that are great for running. We've mapped out a 5.8 km loop around the campus perimeter, but there are lots of other good options.
Explore 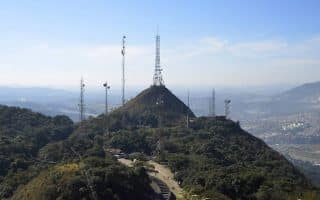 For those who would like to get some challenging hill running in, this 2.9 mile climb to the summit is tough but rewarding. Great views from the top. One can run on the road or numerous trails in the park if a more technical route is preferred.
Explore 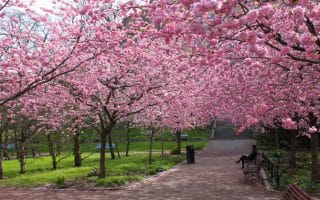 Park in the eastern part of São Paulo, with several km of trails. Many trees and shade. Attractions include a natural amphitheater, a cherry tree grove, and the Arthur Etzel Nursery. Come during cherry blossom season in July -- beautiful but crowded!
Explore 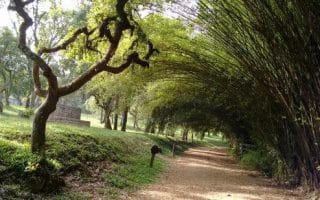 A municipal park about 30 km west of the city with numerous paths that are great for running. A combination of open lawns and wooded trails. Lovely vegetation. A loop around the perimeter paths is about 4 km.
Explore 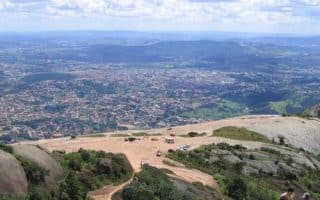 Large state park north of São Paulo, with remnants of the Atlantic Forest. Some good, but challenging, running and trail running opportunities. A highlight is the walk/hike/run to Pedra Grande, at 3,100 feet, which is a 935 foot elevation gain over 2.4 miles.
Explore

One of Latin America’s largest city parks, with many natural and cultural sites. Follow one of the four mapped running courses or create your own! There are lovely paths, gardens, bike paths, several museums and interesting buildings.
Explore Sao Paulo has a humid subtropical climate, with average temperatures similar to Sydney and Shanghai. Summers (December-March) are warm to hot, with average highs around 80F (27C) and warm nights. Winds coming from the ocean can cool things down. Winters are temperate, with average high temps of 70F (21C), and nights in the 50s (12C). Rainfall is plentiful, especially in summer, with frequent storms. Winters are drier. The city’s elevation and winds coming from the ocean influences the weather, which can be very changeable.