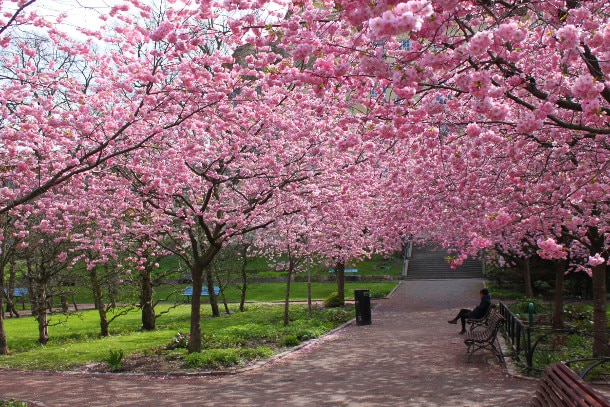 Parque do Carmo is a haven for nature and animal lovers alike. Located in the eastern part of São Paulo (Zona Leste), the park features 1.5 million square meters, 390 of which are preserved green area and accessible to the public. Popular attractions include a Planetarium,  natural amphitheater, a cherry tree grove, and the Arthur Etzel Nursery. The park is decorated with over 6,000 trees and is home to over 135 animal species.

Runners can explore the multiple bike tracks and jogging paths. One can put together several km of running along the paths — it is about 5.5 km (3.5 miles) around the perimeter of the paths. The park is known for its cherry blossoms, and has an annual festival in the middle of July. Great for running, but crowded during this time!