No Thanks
Sarajevo, Bosnia and Herzegovina 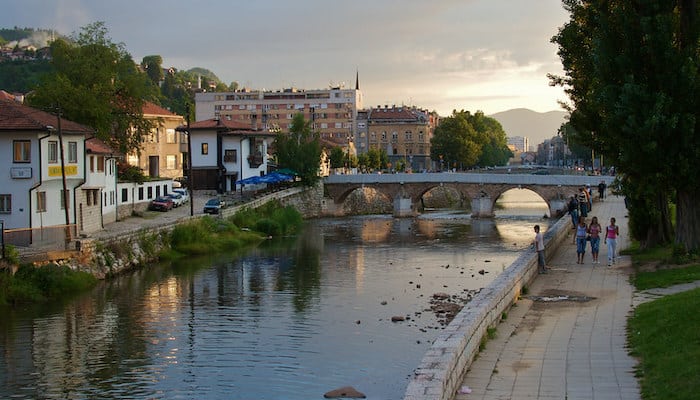 Hands down the best running option in Sarajevo is the Miljacka River, which cuts through the center of the city on a west to east axis. Running routes along the water are plentiful, thanks to wide sidewalks and stone-paved pathways. There are also several bridges throughout town, so forming a loop is easy. Runners can start as far west as Stadium Otoka, and follow the path east through the city center. After 10 km (one-way), the path ends at Goat Bridge, in the beautiful rural landscape of Dariva. Highlights along the way include views of the Old Town and the Latin Bridge, where Archduke Franz Ferdinand was assassinated, inciting World War I. Wilson’s Promenade (between the Suada and Olga Bridge and the bridge on Topal Osman Paše Street), Bentbasa Park, and The Prijateljstva Park at the west end of the path are also particularly beautiful.

A scenic run on a 3.5 km tree-lined pedestrian promenade in Ilidža, only 10 km from Sarajevo.... more...