A Comprehensive Guide to the Best Places to Run in Sarajevo 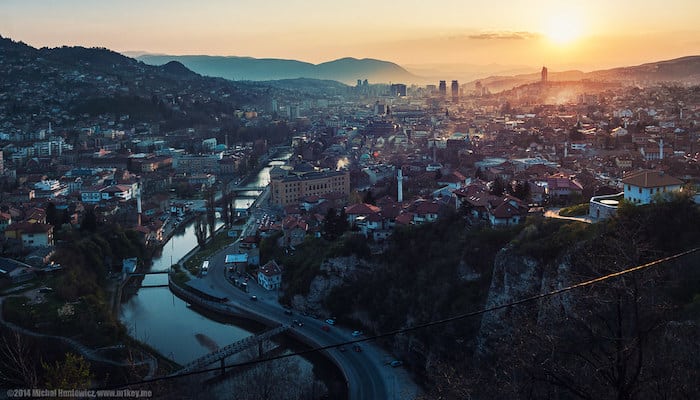 Sarajevo is the capital of Bosnia and Herzegovina and its largest city. This metropolitan area is located on the banks of the Miljacka River at the base of the Dinaric Alps. It’s a city of amazing cultural and religious diversity, which has caused both celebration and strife in recent decades. Shortly after hosting the 1984 Olympic games, the city suffered the longest siege of a capital in the history of modern warfare. Now, Sarajevo is a fast-growing city with a burgeoning tourism scene and even a few great running routes.

The most popular place to run in Sarajevo is along the Miljacka River. However, we’ve also mapped routes through the historic sights of Old Town and the Olympics sites, the beautiful Spring of the Bosna River, and the chain of Sarajevo’s parks. There is also some great running in the Sarajevo countryside with routes like the Skakavac Walking Trail and the Trebevic Viewpoint.

Sarajevo has an extensive public transportation system, with busses, trams, and trolleys connecting the network. A GRAS pass will help runners get almost anywhere in the city, with the exception of the Skakavac Waterfall route.

Some of our favorite runs in Sarajevo, Bosnia and Herzegovina

The most popular running option in Sarajevo. Run the waterfront for up to 10 km one-way. Highlights... more... 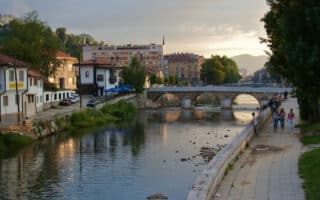 The most popular running option in Sarajevo. Run the waterfront for up to 10 km one-way. Highlights include the Old City and Dariva.
Explore 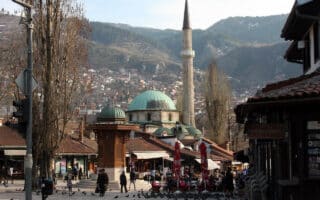 Explore Sarajevo’s Old City on this 3.5 km loop of historic and tourist sites. Go early in the day to avoid crowds; add on the river or parks routes for more distance.
Explore

A pleasant 5 mile run, showcasing some of the sites from the 1984 Winter Olympic Games hosted by Sarajevo. Starting at the Olympic Museum downtown, you'll run through several parks, and pass the ZOI'84" OLYMPIC CENTER, Ice Arena, and Olympic Stadium.
Explore 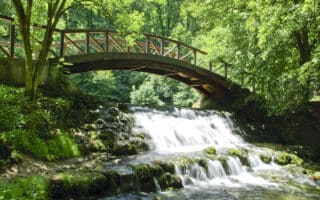 A beautiful run beginning from Ilidža, 15 km southwest of Sarajevo center. Manicured gravel paths and a series of bridges along a branching waterway.
Explore 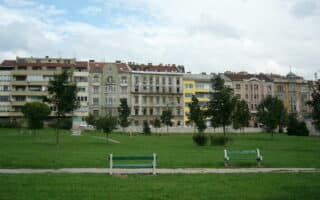 A chain of parks runs along M18 just west of the Old City. We’ve mapped an 8 km loop on mostly bike paths and park lanes.
Explore 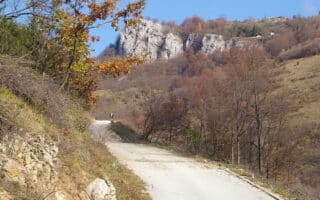 A beautiful route through the countryside near Sarajevo. Visit the Skakavac Waterfall on the Put za Skakavac road and/or nearby trails.
Explore

The most popular running option in Sarajevo. Run the waterfront for up to 10 km one-way. Highlights include the Old City and Dariva.
Explore

Visit Sarajevo has a comprehensive list of hotels, hostels, rentals, and more.

Most visitors opt to stay close to the Old Town area.

There are a few chain sports stores around Sarajevo, including Intersport, Nike, Adidas, Sport Vision, and Athlete’s Foot locations.

Running groups are few and far between, but if you’re looking for a great way to experience the city on foot, join a Go! Running Tour.

Sarajevo has several great running events, including a new year’s midnight 5k, marathons and half marathons, and numerous trail races. This feature from Travelade highlights the best races in Sarajevo.