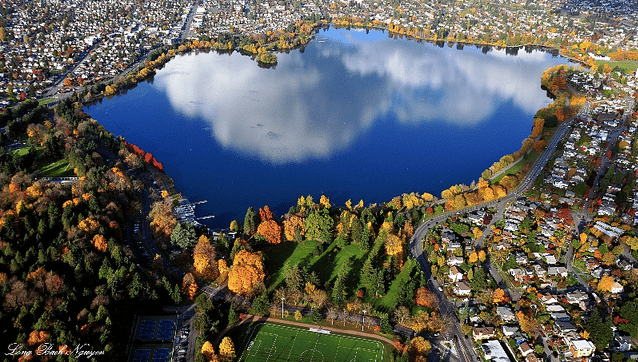 About 6 miles north of downtown, Green Lake is one of the most popular destinations for urban running in the Seattle area and is also one of Seattle’s most beloved parks, drawing thousands of people daily. It’s also the site of dozens of local races. The park has a 2.8 mile inner loop, which is much more crowded than the 3.1 mile outer loop, which tends to be the road less traveled. There are separate crushed granite paths for runners and paved paths for wheeled users.