No Thanks
Sharm El-Sheikh, Egypt 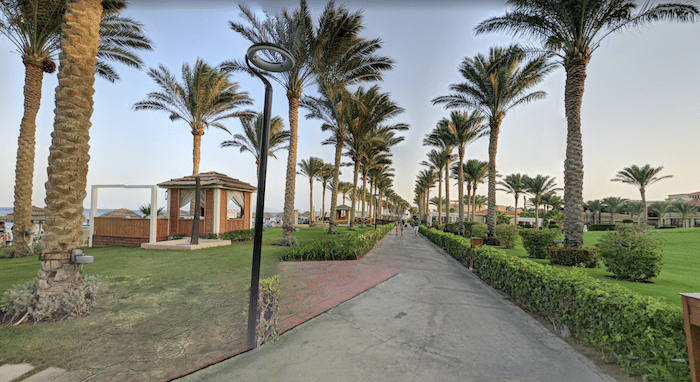 The Nabq area is located at the northern end of Sharm El Sheikh, and features numerous hotels, a beach, golf course, and snorkeling spots along Nabq Bay. One can do a quite decent run along the Coast Rd., which goes along the beach and in front of numerous hotels. It’s 5 km from the south end near the Spa of Nubian Island to the north end near the Barceló Tiran Sharm hotel. There are water views along a good part of the way. It’s less landscaped and shaded than the promenade along Naama Bay, but it’s longer!

Add-Ons: One can also run on the main roads that run around the hotels (El Salam, El-Sheikh Zayad St.). Also, some of the resorts in Nabq are large enough to have their own self-contained pedestrian ways, particularly around the Nubian Island area.