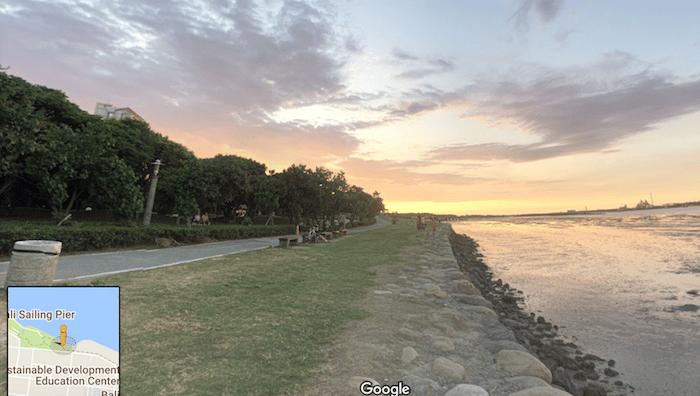 There is terrific riverside running in the northern part of New Taipei City, in the Tamsui and Bali Districts. On the east side of the river, there is a mainly paved path that runs from Guandu Temple (just south of the Guandu Bridge) for 8 km north to Tamsui Old Street/FuYou Temple, passing through Danshuihepan Park. The path also parallels the Tamsui-Xinyi subway Line, with stops along the way. The most scenic sections of this path are the first 3.5 km from Guandu Temple to just north of the Zhuwei Station, with great water views. North of there, you’re running on a path for 3 km through and above the Tamsui River Mangrove Nature Reserve, which is a more interior section, but quite lush. Things open up a little at the northern end of the route. Run one-way and take the subway back!

You can also run along a path on the western side in the Bali district, which is a little less developed and also has nice water views. The path along the river parallels Rt. 15, and is popular with cyclists. The only way to cross is on the Guandu Bridge. The best section of the path is the 5.6 km from Guandu Bridge to the Bali Sailing Pier. You can also run on the path south of Guandu Bridge for several km.

Excellent running paths along both the right and left banks. Good water views much of the way,... more...