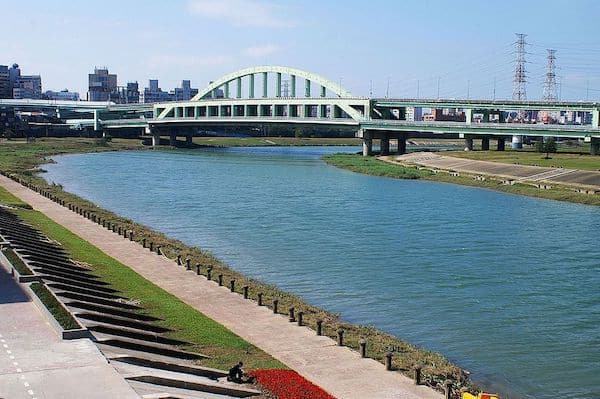 One of the most popular runs in Taipei is along the series of paths on the Keelung River, which forms almost a linear park. There are dedicated paths on both the south side (left bank) and the north side (right bank), with several bridges that can be crossed by pedestrians to form loops of varying lengths. Good river views, parks, and access from hotels and Taipei 101 where lots of visitors stay, especially the south side. Good restroom facilities along the way.  Note: on path access from the south, you’ll need to use stairs that climb over the flood wall every km or so — see the dotted lines on the map.

Excellent running paths along both the right and left banks. Good water views much of the way,... more...