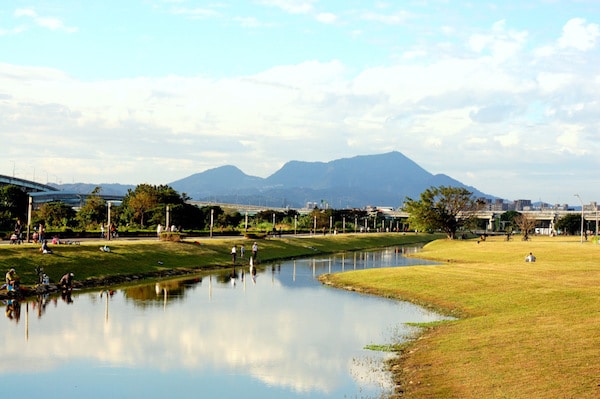 This is a great opportunity for a longer waterside run through a series of riverside parks stretching for 8+ km, binding the Tamsui River in the Sanchong and Luzhou Districts. There’s great variety here — different types of foliage, some waterside paths, various bridges and boardwalks. It’s also a bit busy, with roads and transport all around.

Starting near the Sanchong MRT station at the Covered Bridge Flea market, distances are:

One of the signature river runs in Taipei. Nearly 10 km of seamless paths on both the... more...