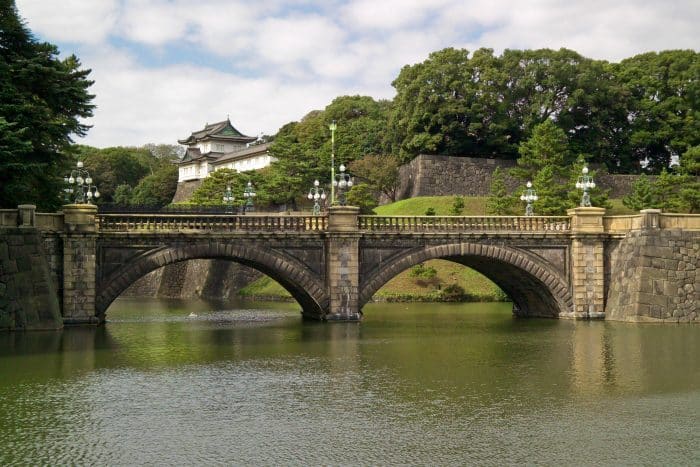 The Imperial Palace loop is probably the most famous and popular run in central Tokyo. It’s possible to a relatively uninterrupted run around the perimeter. Another bonus for travelers — and boy, I wish we had this in more U.S. cities — is numerous locations with lockers and showers, such as Run Pit on the Palace Side building above Takebashi Station. The Palace is the primary residence of the Emperor of Japan, and is in a park-like area in the Chiyoda area of Tokyo. There are numerous museums, archives, gardens, and parks in the area. The run includes views of some interesting Tokyo sites, such as Tokyo Tower, the Tokyo National Museum of Modern Arts, the Crafts Gallery of The Tokyo National Museum of Modern Art, British Embassy, Hanzomon, the National Theater, Supreme Court of Japan, and Sakuradamon gate.

The loop is nearly an exact 5k, so lots of people do a couple of laps. Just follow the main road– and there is a path alongside and almost always other runners.

Is this run open 24 hours, or what hours? Are there some sections that can be closed when the rest is open?

Most of the route is along a road, so it’s open all the time. There’s a brief section inside the gate, which might not always be open and you’ll have to continue on the road instead. If you do this and find anything different, please let us know.