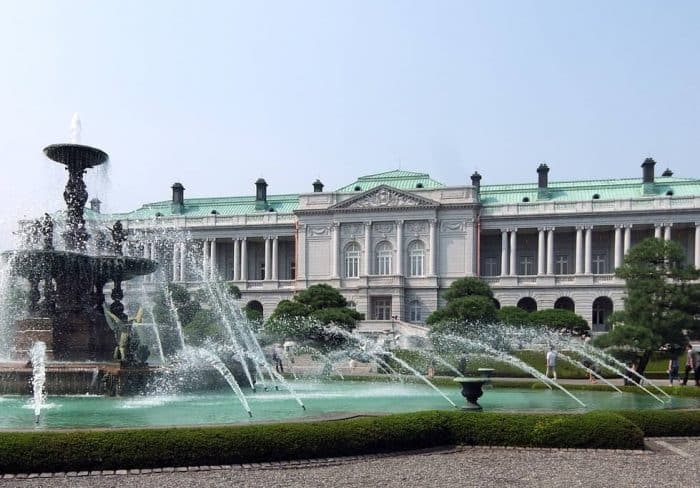 Originally built as the Imperial Palace for the Crown Prince of Japan, the Akasaka Palace has, since 1974, served as one of the two state guest houses of the government of Japan. The main building is the sole Neo-Baroque style Western building in Japan and one of biggest buildings constructed during the Meiji period. There’s an uninterrupted ~2 mile footpath around the perimeter of the building, free of traffic crossings, which is popular with runners. There are two good hills, making for a ~300 foot elevation gain in a 2-mile loop. Due to high walls, one cannot see the palace in parts. Note: Tokyo Gymnasium is nearby and offers access to the training gym and showers for a modest fee.

This is an opportunity to combine the Akasaka and Imperial Palace loops. It’s about 1/2 mile along Route 246 between the two perimeter roads/paths.

Add-On: Olympic Stadium. Nearby our Akasaka Palace run is the site of Japan National Stadium, which will be used for the 2020 Tokyo Olympics (occurring in July 2021). Adjacent to the stadium is a Sports Complex with a running track. Many of the other Tokyo 2020 OIympic sites are in Chuo City and Koto City— which has some nicely developed running paths along the water and passing the sites. See our special 2020 Olympic Venues running routes!