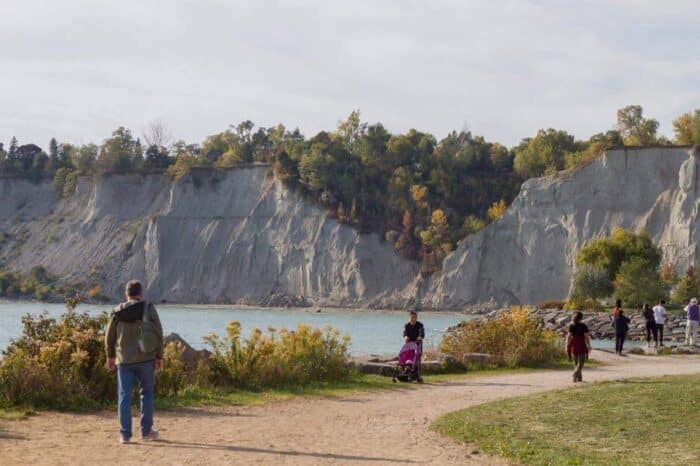 Scarborough is a bedroom community east of downtown Toronto, known for its white cliffs overlooking Lake Ontario, numerous parks, and a diverse cultural scene. The best places to run in Scarborough center around the Bluffs, extensive waterfront paths, and trail running in Rouge River Park.

Bluffs Park. The Scarborough Bluffs are gorgeous white cliffs that overlook Lake Ontario. There are several contiguous parks that allow for some beautiful waterfront running, with views of the bluffs and the water. In all, one can do about 8 km, including Bluffs Park, Crescent Park, and paths around the marina and yacht clubs. One can also run for ~1 km on the beach, which has fairly firm sand.  ROUTE MAP

Rouge River Park. Trail runners will enjoy several km of wonderful paths in the Rouge Valley. The paths are a combination of wooded and open terrain, with some along the Rouge River and other area creeks. Park Information