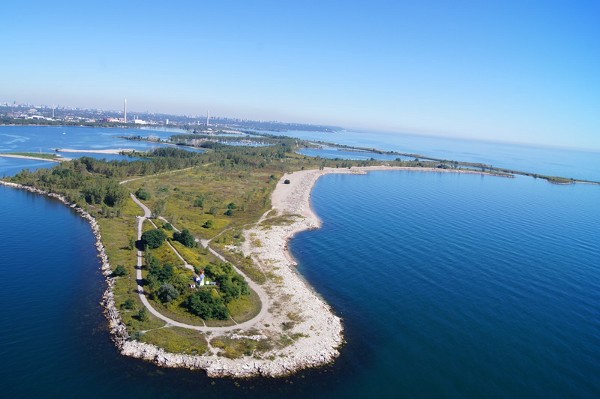 There are extensive running options in The Beaches, a fun residential community near the water about 3 miles east of downtown. There are several popular beaches, extensive waterfront paths and boardwalks, parks, bays, and marinas. After your run, enjoy some of the fun restaurants and bars in the area. We’ve put together three routes routes that can be run in sections, standalone, or combined for an even longer run, all connected by the  Martin Goodman Trail. Leslie Street is the ‘spit’ the sort of divides the two routes.

Balmy Beach Park to Ashbridge’s Bay. 10 km. Starting at Balmy Beach Park, head west along the water, where you can run on the Martin Goodman Trail or the Boardwalk, with nice views to Lake Ontario. Enjoy a loop around Kew Gardens, returning to the waterfront paths, and head west through Woodbine Beach Park. At the 3 km mark, the route does a nice loop around Ashbridge’s Bay, with nice views of the water and fancy boats. Exiting the bay, cross Lake Shore Blvd. and do a ~1 km loop around Woodbine Park. Complete the route by heading the 2 km east to the start, or continue east to our Tommy Thompson Park route.

Marina Loop and Sailing Club Loop: From the entrance of Tommy Thompson Park, a loop of the Outer Harbor Marina is 4 km. This can be extended further west along the Martin Goodman Trail, passing several boat clubs, to Cherry Beach and the Eastern Channel, for a route of up to 9.5 km. ROUTE MAP.

Note that the running in this area is open with great views but is also exposed — to wind and cold in the winter, and sun in the summer. Woodbine Beach, stretching nearly 2 miles, is the most popular beach in Toronto and probably the best for swimming.