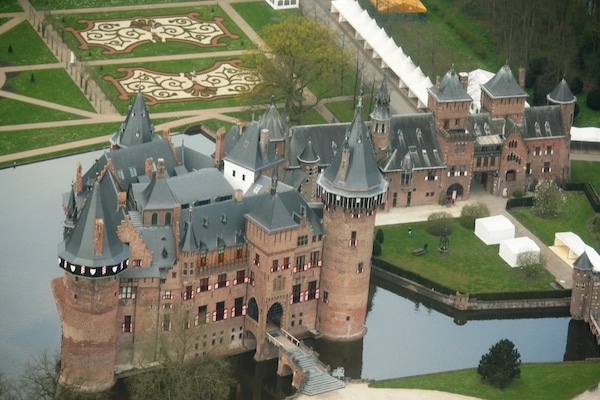 Castle De Haar is the largest castle in the Netherlands and a great place for a run. In addition to being a wonderfully preserved castle/museum for a tour, there are 135 acres of gorgeously landscaped grounds that are a treat for running. You can put together a route of several km on the park’s grounds, which include The Rose Garden, the Roman Garden, ponds and canals, numerous bridges, romantic vistas, and impressive avenues. Pick up a park map at the ticket office. Note: Park hours generally 0900-1700. €6 to visit grounds.

Add-Ons.  There are several adjacent parks and preserves in the area that can be added on for a longer run. To the east, Natte Laand and Bosje van Goes nature preserves. North of the castle: Klein Limburg Park. South of the castle: good roads/paths lead to Hamtoren Castle.