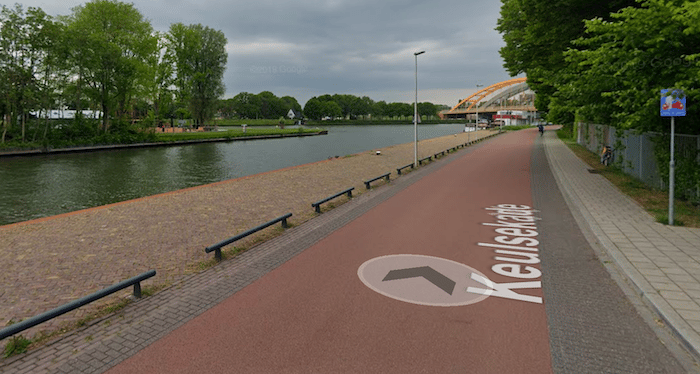 This is a nice run in the western part of Utrecht, featuring multi-use paths along the Rijnkanaal and Transwijk Park. We start the route near the Holland Casino Utrecht, and head south for 2.5 km on the multi-use path along the canal. The next section turns back north through the pleasant Transwijk Park, which is 1 km from south to north. At the north end of the park, turn LEFT along Churchilllaan for 0.8 km, and then RIGHT onto the Rooseveltboulevard path along the eastern side of the Rijnkanaal for 1 km. At the De Meernbrug bridge, head to the west side of the canal, continuing north along the canal paths for 2.2 km to the Gele Brug (bridge). Option: additional paths in the Park Leeuwensteijn. Take the pedestrian path over  bridge, head back south along the Keulsekade canal path for 2 km to the start.

Options: There are numerous options to make the route shorter, since roads connect the two canals. You can also lengthen the run by continuing north or south along the canal paths.

A nice run in the western part of Utrecht, featuring multi-use paths along the Rijnkanaal and Transwijk... more...