No Thanks
Vancouver, WA

The Columbia River Renaissance Trail is one of the signature runs in Vancouver. This ~5 mile trail — a combination on and off-road path — has great views of the Columbia River and Mount Hood. It’s also fun to combine with a loop around Fort Vancouver, other historic spots downtown, or with the Oregon-Washington Bridge to Hayden Island for an even longer run. Bonus: much of the trail is lit at night!

Riverfront Trail. This paved multi-use trail runs between Vancouver Waterfront Park, just west of the Oregon-Washington Bridge, and runs east for nearly 5 miles to Wintler Community Park. There’s a 1.5 mile section along SE Columbia Way (still part of the path).  There are great views of the river, bridge, and Mt. Hood for most of the route.  Note: good access from downtown — use the path from Esther Short Park, paralleling Columbia St.

Fort Vancouver. This route can be done separately or as an add-on to the riverfront trail. We’ve mapped a 3.8 mile loop around the fort, from the river path using the iconic Vancouver Land Bridge (pedestrian bridge). The city of Vancouver also has a marked  2.3-mile Discovery Historic Loop at Fort Vancouver, which includes the Fort and other historic/downtown sites: Fort Vancouver, Pearson Air Museum, Providence Academy, Esther Short Park and the Old Apple Tree. 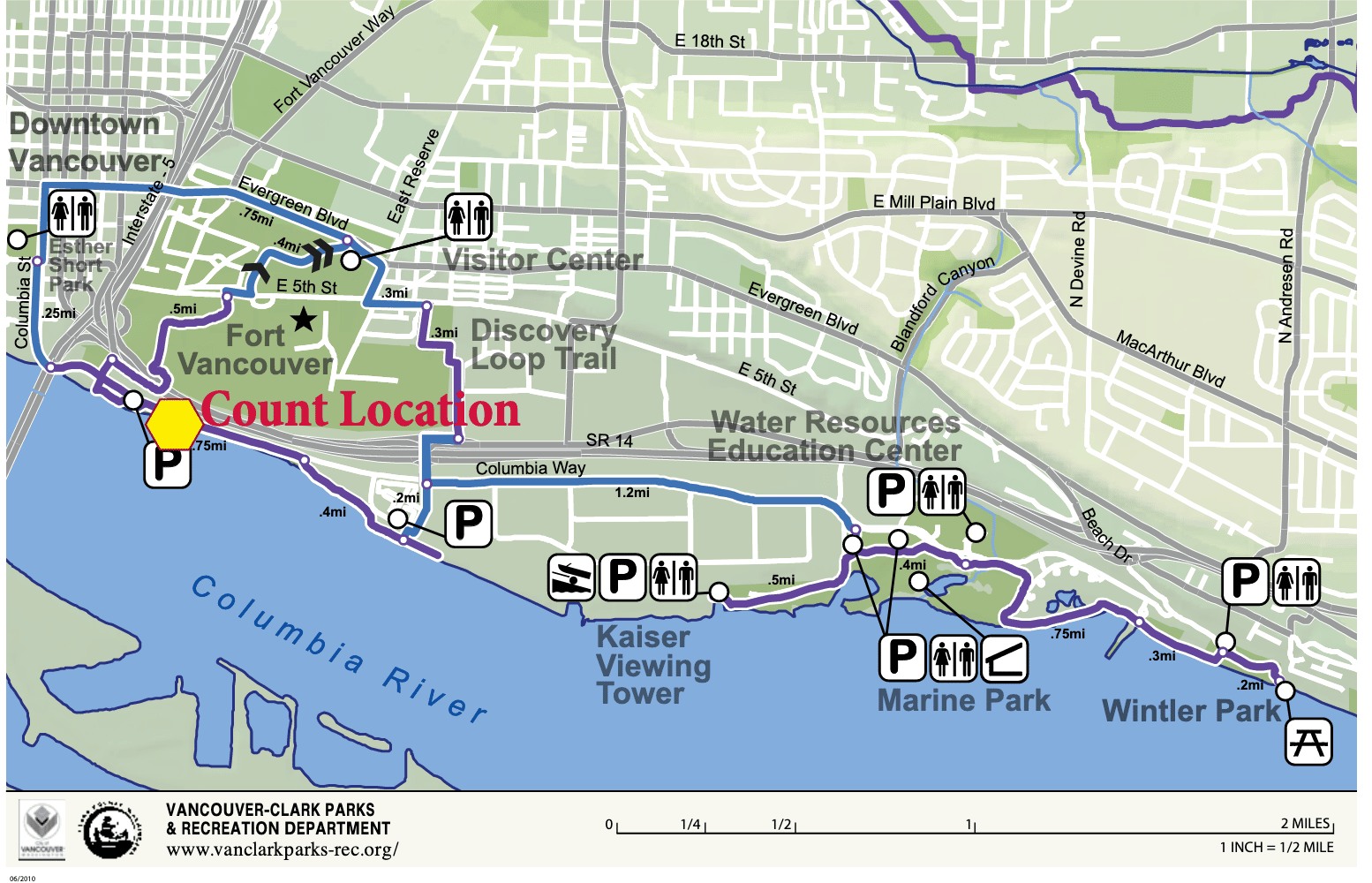