The best places to run in Vancouver, Washington. See Also Our Running Guide to Portland, Right Across the River! 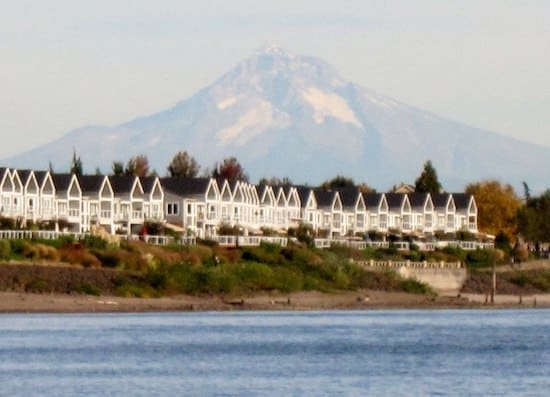 Vancouver, the fourth largest city in Washington, lies on the north bank of the Columbia River, directly across from Portland, OR. On a clear day you can see Mount Hood, Mount St. Helens, Mount Rainier, Mount Jefferson and Mount Adams. Our guide to running in Vancouver is a companion to many wonderful routes in the Portland area.

Some of the signature running in Vancouver is along the river on the Columbia River Renaissance Trail, which can be combined with Fort Vancouver and the Oregon-Washington Bridge. One of the best places to run in Vancouver is along Lacamas Lake and Lacamas Park, located 20 minutes east of town. There are also some excellent multi-use paths in the area: the Burnt Bridge Creek Greenway close to town, and the Salmon Creek Greenway, which is near Washington State University and its 6 miles of trails. East of town are two good destination runs: the Cape Horn Trail, which is more of a trail run, and the Klickitat River Trail, which starts in Lyle and runs for 31 miles along the river and into Swale Canyon.

For more running options in the area, see our running guide to Portland, OR.

Some of our favorite runs in Vancouver, WA

One of the signature runs in Vancouver. This ~5 mile trail has great views of the Columbia... more... 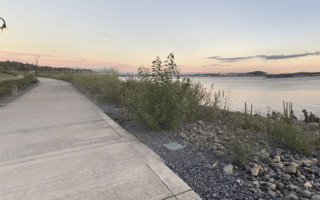 One of the signature runs in Vancouver. This ~5 mile trail has great views of the Columbia River and Mount Hood. It's also fun to combine with a loop around Fort Vancouver, or with the Oregon-Washington Bridge.
Explore 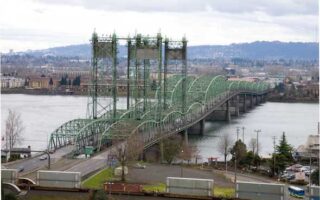 Run between two states, enjoying views of the Columbia River, plus additional waterfront paths on Hayden Island and in Portland east of the Expo Center.
Explore 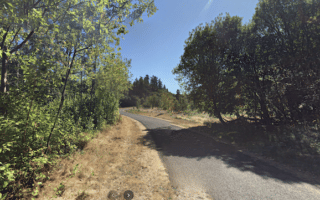 A great spot for a longer off-road run near Vancouver. The paved multi-use path runs from Meadowbrook Marsh Park for 8 miles west to Vancouver Lake in Stewart Glen. It's a mix of grassland, parks, and wooded sections.
Explore 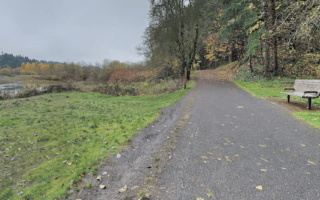 A fun 10k out and back, a few miles north of the city. The paved multi-use path runs for 3.2 miles between Klineline Pond (a popular swimming spot) and NW 36th Ave., featuring a nice combination of open and wooded sections.
Explore 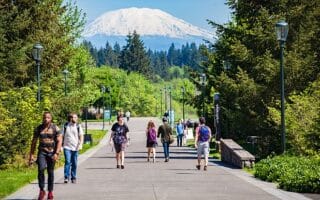 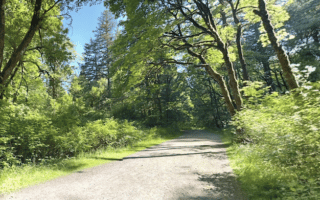 A worth-it destination run, 20 minutes east of Vancouver. 3.5 mile gravel multi-use path along Lacamas Lake, and 6 miles of trails in Lacamas Park. Something for everyone. Catch the April bloom of Camas Lilies!
Explore 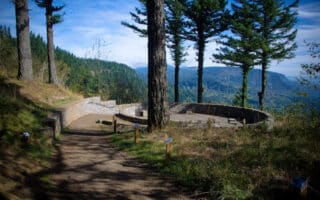 A popular trail run, located 25 miles east of Vancouver, known for its undulating wooded sections and great views of the Columbia River. The full loop is 6.4 mile. Video excerpts!
Explore

A worth-it destination for those looking for a longer, scenic off-road run. The 31-mile gravel multi-use path is in two sections. The first 13 miles, from Lyle to Klickitat, is more scenic & runnable. following the Klickitat River.
Explore

One of the signature runs in Vancouver. This ~5 mile trail has great views of the Columbia River and Mount Hood. It's also fun to combine with a loop around Fort Vancouver, or with the Oregon-Washington Bridge.
Explore

A worth-it destination run, 20 minutes east of Vancouver. 3.5 mile gravel multi-use path along Lacamas Lake, and 6 miles of trails in Lacamas Park. Something for everyone. Catch the April bloom of Camas Lilies!
Explore

Vancouver’s weather is very similar to Portland.  Winters are cool with quite a bit of rain and many wet days, but little snowfall. Summers are gorgeous — generally dry, around 80 during the day, and rarely too hot or humid. Temps drop off in the evening during summer more than in some other cities.

The one running store in Vancouver is a branch of the terrific local running chain Foot Traffic.

Other stores & group runs in the greater Portland-Vancouver area:

Foot Traffic – There are four branches of this store: Downtown, Northeast, Southeast, and Western Portland. Boasting a handful of maps and routes around in the city on its website, Foot Traffic also hosts free group runs every night of the week, between all four locations. They also host two half marathons during the year: the aforementioned, Easter-themed Hop Hop Half and 5K, and the Holiday Half and 5K.

Oregon Road Runners Club – Formed in 1970 as an outgrowth of the Trails End Marathon, the ORCC is the second oldest running club in Oregon. With over 1000 members, it is the largest running club in the west and among the top ten largest int he country.

There’s a terrific road race, Lake to Bay, held in Camas in July.

This Run Calendar is some of the events organized the wonderful Foot Traffic running store.

Other signature events in the area:

Portland Marathon and Half Marathon . October. Ranked by Runner’s World as the “best people’s marathon in the west” and routinely ranked as one of the top 10 marathons in the country, the race will celebrate its 45th anniversary in October 2016. The half marathon portion of the race fills up fast, with registrations filled up by early February every year.

Adidas Shamrock Run. March. The largest running event in Oregon, and the second largest on the west coast, the adidas Shamrock Run offers a race for runners of any distance: 5K, 8K, 15K, half marathon, 5K walk, and a 1K for children 10 and under. Held the Sunday closest to St. Patrick’s Day, this festive race will be run for the 38th time this year and has sold out for six consecutive years.

Hood to Coast / Portland to Coast Relay. August. One of the largest relays in the world, the Hood to Coast is an overnight running event, usually held in late August, the Friday and Saturday before Labor Day. Starting at Mount Hood and consisting of 200 miles to the coast of Oregon, over 1,000 12 person teams compete. Enjoying great popularity, this event has sold out on opening day of registration for the past 18 years.