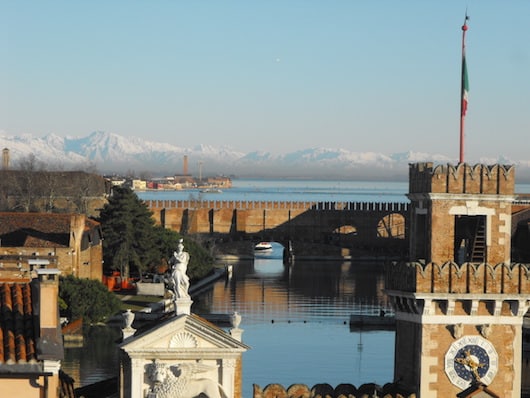 This is another relatively seamless run along the water, in the Cannareggio area, which is Venice’s northern side with views out to the northern lagoon and the island of Murano. The run is along the Fondamente Nuove, which is wide enough for easy running except when it’s super crowded. There are great water views. The eastern end is at the baroque, 18th century Chiesa dei Gesuiti. Run west along the Fondamente Nuove for 2.7 km, where you’ll turn slightly inland to run past the Basilica dei Santi Giovanni e Paolo, and the San Francesco della Vigna Church, out to the Torre dell’Arsenale (museum), in a complex of former shipyards. Retrace your steps for the return.