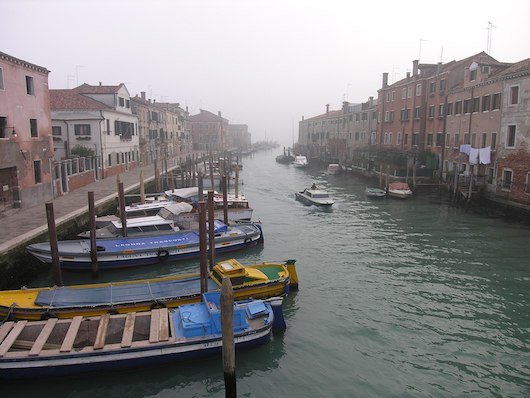 A very pleasant and less crowded run along the water on the island of Giudecca, facing the Zaterre and San Marco. Great views of the water and Venice. The run follows the wide waterside path on the northern side of Giudecca. A good starting point is the Giudecca Palanca (ferry terminal). Head west along the water for 1.4 km to the Tre Oci gallery and the small park at the western end of the island. At the 0.5 km mark, look right to view the, Church of the Santissimo Redentore, a Domed white marble church built to commemorate the Black Death.

Retrace your steps, and then continue to the eastern point at the 3.5 km mark. For a 4k run, return to the ferry terminal. To make this a bit of a longer run, we’ve included a 2.5 km loop of the Sacca Fisola, with its quiet, green interior and waterside paths.