No Thanks
Victoria, BC 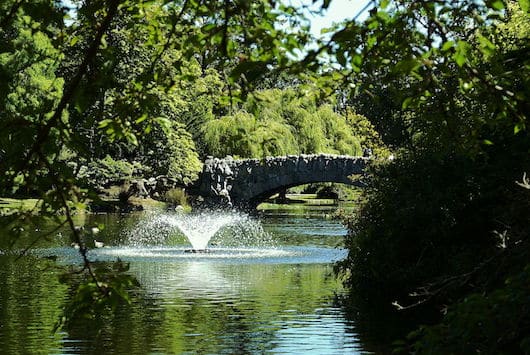 Beacon Hill Park is the largest park in central Victoria. It’s great as a standalone run, or in combination with other routes in the area. The park itself is about 200 acres, featuring paved and gravel paths, sports fields, ponds, and picnic areas. There’s also a good opportunity to do some hills, especially the run up to the flagpole that’s popular with runners. It’s about 1 km north-south or east-west, and one can easily put together 3-4 km within the park.

For a longer run, combine with the Sea Cliff paths along Dallas Rd. at the south side of the park, or downtown/inner harbour at the north end — see our routes for these areas!

Our 'runseeing' tour of the BC's capital features the city's most important sites, a scenic stretch along... more...

One of the signature runs in Victoria. Beautiful waterfront running, with views to the water and the... more...