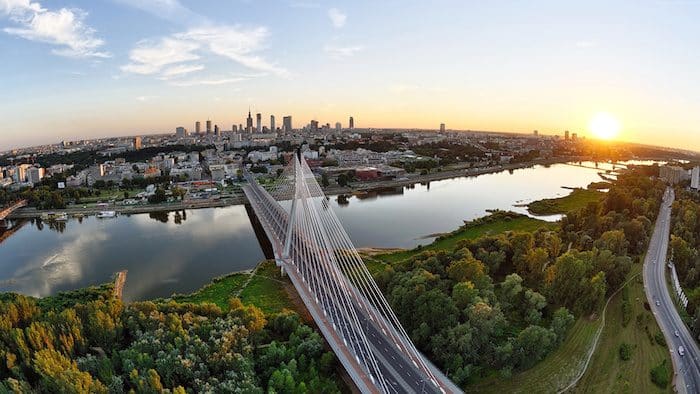 The paths along the Vistula River form the signature running route in Warsaw. The ~5 km of paths between the Łazienkowski Bridge and the Gdański Bridge are the most developed, and feature good views of the water and access to some of Warsaw’s most important sights. The path on the left (west) side is more developed, offering a continuous, paved path. The east side, path is greener, generally gravel surface, and not 100% continuous.

There are numerous options for loops here, given the numerous bridges and transport options. On the west side, enjoy the Copernicus Science Center, King’s Castle, and Warsaw Old Town. The east side paths feature the renowned Warsaw Zoo and adjoining park, the Praga neighborhood, and the modern PGE Narodowy Central Stadium. You can run along the sidewalks of the main road, but there is a good gravel path closer to the river for much of the way.