No Thanks
Windsor, Ontario 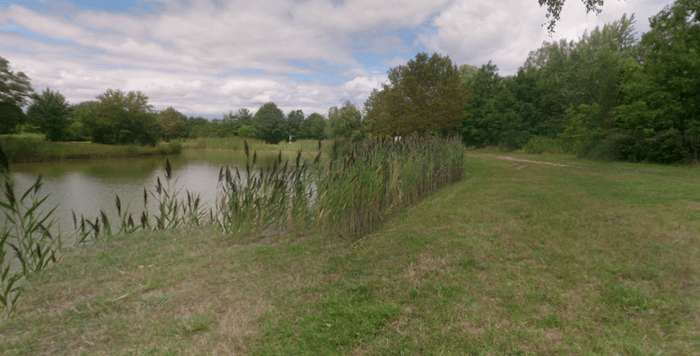 In the East Riverside area of Windsor, there is some nice running around a couple of large parks, which can be combined with paths along Riverside Dr. East. We’ve mapped a 11 km loop, but there are numerous options to vary the distance. This includes part of the 8 km Ganatchio Trail.

We start at Little River Corridor Park (also known as Riverside Kiwanis Park), a pleasant, wooded park with numerous trails. One can do a loop of 2-3 km in the park. Then, head east for 1 km along Little River Blvd. to East Riverside Park (also known as Blue Heron Park), where you can do a 2-3 km loop. Short option: retrace your steps back to Little River Corridor Park. Longer Option: head north along Cora Greenwood Dr. toward the river for 1 km, and then turn LEFT on East Riverside Dr., heading west on the Ganatchio Trail for 2 km to Sand Point Beach. There are occasional river views and some small parks. At Sand Point Beach, turn LEFT on the Ganatchio-Little River Trail Ext., heading south to Wyandotte St. and the start of the run.

The signature run in Windsor is the riverfront path on the the south bank of the Detroit... more...