No Thanks
Aberdeen, Scotland 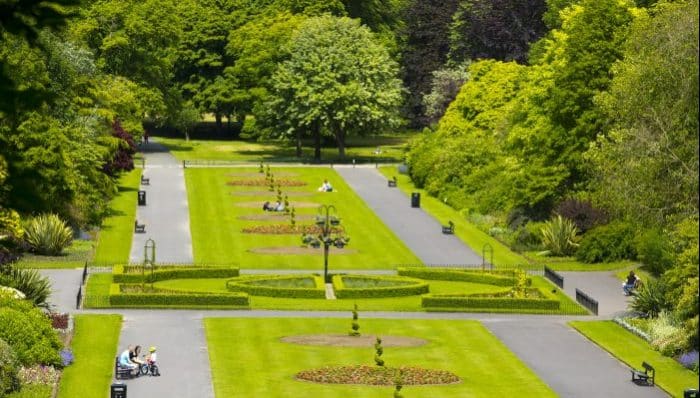 If the Esplanade paths are too windy on the day of your run, a great alternative is the series of paths along the River Don. There are asphalt paved paths along a segment of the south bank, while more narrow gravel paths follow the north bank. Since the river winds substantially, there are a few turns and road/sidewalk sections. We’ve mapped a 13 km loop using the river paths, bridges, and some local sidewalks starting from Seaton Park.

A good jumping off place is Seaton Park in Old Aberdeen. From here, runners can use the Ellon Road bridge, the Diamond Bridge, and the Persley Bridge to form loops. Loop east from the St. Machar Cathedral around the edge of the park to the Walled Garden and the river bank. Follow the river path north, then east, to the Bridge of Don. Cross to the north bank and turn LEFT onto Balgownie Road. Turn LEFT onto Balgownie Drive, then LEFT again on Campus Three. Take the path west at the end of Campus Three, then cut diagonally through Grandholm Garden to find its continuation through Danestone Country Park. At Mill Lade Wynd, turn RIGHT to Laurel Drive, then turn LEFT. At A92, turn LEFT again, cross the Persley Bridge, and find the Woodside Trail on the left. Continue straight onto Gordon’s Mills Road, and follow it to Papermill Drive/Donside Place. At the intersection with Fenerty Place, there will be another path along the river bank back to Seaton Park.

SHORTER OPTIONS: For shorter loops, turn around or use one of the bridges, such as Diamond Bridge, Brig o Bolwanie, or one of the smaller bridges crossing the river at Grandholm Garden.

The signature running option in Aberdeen is the Esplanade, a 3.7 km asphalt pathway stretching from the... more...

The Aberdeenshire Coastal Path is a gorgeous seaside trail run winding atop the bluffs between Nigg Bay... more...