No Thanks
Algarve, Portugal 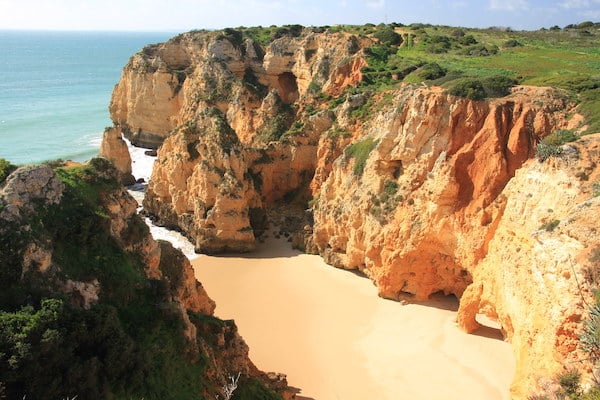 Lagos is known for walled old town, cliffs with great views to the Atlantic, and gorgeous beaches. There are two noteworthy runs in Lagos: a tour of the marina/waterfront, and then a series of paths along the cliffs.  As for the beaches, they’re very pretty, but the sand tends to be fine. Running might be OK near the water at low tide. (Praia=Beach)

Marina Tour. 3.8 km one-way. There are nice promenade paths around the marina and along the water to Pinhao Beach. Start near the train station and wind your way around the marina, passing several museums and a Science Center. Continue west, paralleling the N125, past the Arco/Porta de São Gonçalo, and the Praia da Batata viewpoint. The route ends at the Pinhao Beach walkway.

Lagos Cliffside Paths. There is a series of scenic cliffside paths, featuring great views of beaches and the Atlantic from a high perch. These paths are generally wide and have good footing. There are two ‘sections’: