A guide to running in the Algarve region, including Olhão, Faro, Vilamoura, Albuferia, Alvor, Lagos, and Sagres 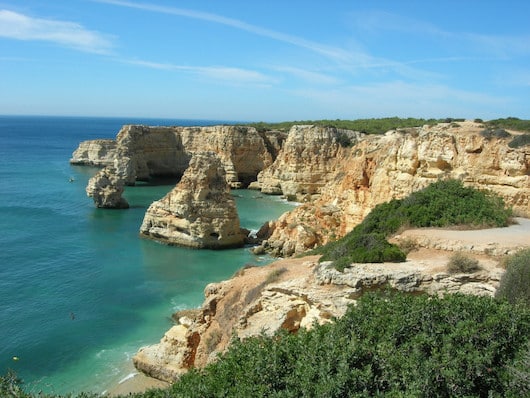 More than 7 million people visit south Portugal’s Algarve area annually, to enjoy the area’s scenic coastline, great beaches, and fantastic weather. The area spans some 150 km from Altura in the east to Odeceixe in the northwest. We’ve researched some of the most scenic and accessible places to run in the Algarve, focused on the coastal areas. This includes a series of waterfront promenades, marina loops, salt marsh trails, and cliff-top paths in Olhão, Faro, Vilamoura, Albuferia, Alvor, Lagos, and Sagres, plus a couple of interior natural parks and popular trails. See the video preview!

A couple of notes about running in the Algarve. The coastline is long but rugged, so there aren’t as many longer coastal routes as in some of our southern Spain locations. Also, it can be hot in summer, and many of the running routes are open and exposed, so take the proper sun/hydration precautions! And for dozens more coastal running routes, see our guides in southern Spain, just across the border — Andalucia/Costa de la Luz, Gibraltar, and Costa del Sol.

Some of our favorite runs in Algarve, Portugal

Lagos is known for walled old town, cliffs with great views to the Atlantic, and gorgeous beaches.... more... 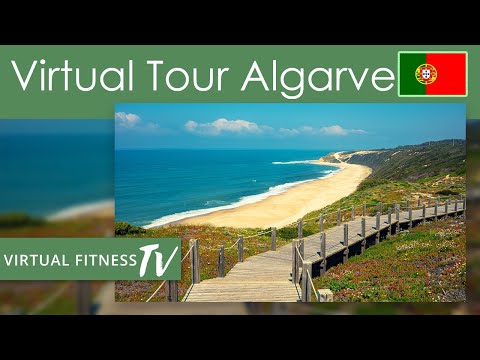 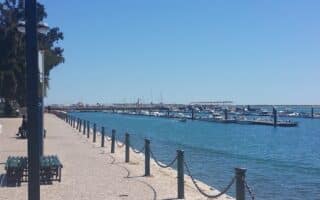 Best running in this small town east of Faro is a ~5 km route along a waterfront promenade and marina; a nearby 3 km nature trail from the HQ of Ria Formosa Natural Park; and a wooden boardwalk trail on Ilha da Culatra, reachable by ferry.
Explore 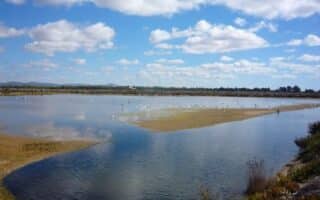 This large natural park spread over 18,000 hectares is considered one of Portugal's seven natural wonders. It's a tranquil estuary of fresh and saltwater lagoons, islands and marshes. We recommend a few of the nature trails for running. VIDEO EXCERPTS!
Explore

An 8 km route skirting the historic section of Algarve's capital, including some nice promenades along the waterfront, around the marina, and out to the Parque Ribeirinho de Faro, which has some paths around an estuary. VIDEO EXCERPTS!
Explore 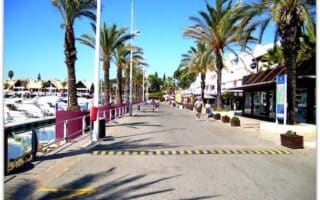 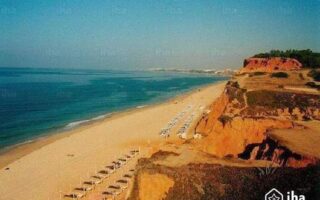 Just west of the Vilamoura Marina, a series of enjoyable and scenic trails ride along the red cliffs above the beaches. You can stick close to the edge for ~4 km west, or meander along inland trails for many extra km.
Explore 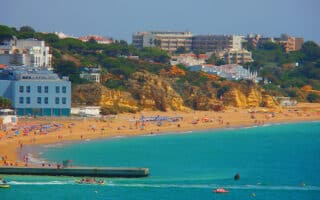 The signature run in this former fishing village is a route incorporating Alemães Beach, waterfront promenades, and the modern marina. There are also several km of cliffside paths that are runnable but a bit more hilly and rugged.
Explore

Some lovely and unique running in this area. Most interesting is a 5+ km network of wooden boardwalks that go around the estuary or down to the beach. The A Rocha Delicada has lovely trails along the water. Beaches in area are also runnable. VIDEO EXCERPTS!
Explore 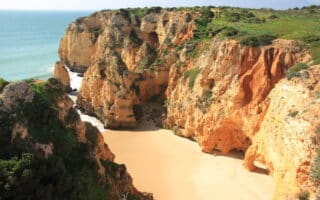 Lagos is known for walled old town, cliffs with great views to the Atlantic, and gorgeous beaches. There are two noteworthy runs in Lagos: a tour of the marina and waterfront, and then a series of paths along the cliffs.
Explore

Sagres, located at the far western end of the Algarve, is known for the Sagres Fortress. A scenic path around the fort's perimeter features a lighthouse and the Cape Sagres Viewpoint. Option for longer waterfront run in Baleeira.
Explore

Lagos is known for walled old town, cliffs with great views to the Atlantic, and gorgeous beaches. There are two noteworthy runs in Lagos: a tour of the marina and waterfront, and then a series of paths along the cliffs.
Explore