No Thanks
Asunción, Paraguay 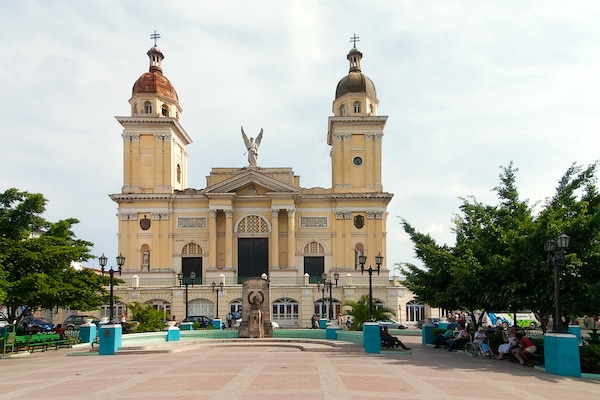 The streets of central Asunción tend to be narrow and crowded, but it’s possible to put together an interesting tour of the historic section’s main sights. Use our 6.5 km loop as an outline for a ‘runseeing’ tour of the area between Colón and Estados Unidos. Go early before traffic and crowds!

Start at the large Plaza Pública de La Democracia and run along 25 De Mayo to the Plaza Uruguaya park. Run south along Antequera for 0.5 km to the scenic Escalinata José de Antequera y Castro, and do a couple of ups and downs on the stairs. Turn RIGHT on Manduvira, to the pretty Plaza Italia and then run back north, passing numerous government buildings and the Independence House Museum. The next section is a 2 km loop around the Catedral, Plaza de Armas, National Congress, the Palacio de López (Presidential Office), and the paths of the Parque Bicentenario. Return to the start.

Add-On: For more, run the waterfront paths of the Costanera

The Costanera is a classic waterfront promenade along the Paraguay River. The most popular route along the... more...

The best park for running in Asuncion. Explore the paved 6 km walking/running path and add on... more...