Parks of the “New” Downtown Bilbao 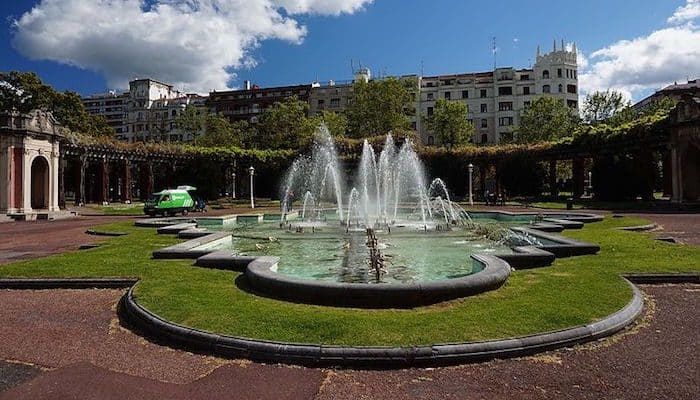 Explore the “new” downtown Bilbao with this running route through some of the city’s foremost green spaces. We start out in Moyua Plaza and head west on the wide bustling sidewalk of Gran Via Don Diego Lopez de Haro. When you reach Casilda Iturrizar Parkea, turn RIGHT into the park and take a loop around the fountain and pond. The route then makes its way through Euskadi Plaza to República de Abando Park. Wrap southeast around Mazarredo Zumarkalea, then turn RIGHT on Ercilla Kalea to return to the plaza. In addition to the lovely park paths along much of the route, highlights include the Guggenheim Museum, Puppy Statue, and Txabarri Jauregia Palace. Thanks to Go!Running Tours for their help with this route!

Longer Run: Pop down to the estuary and use our Central Estuary loop for more km along the water.