No Thanks
Branson, MO 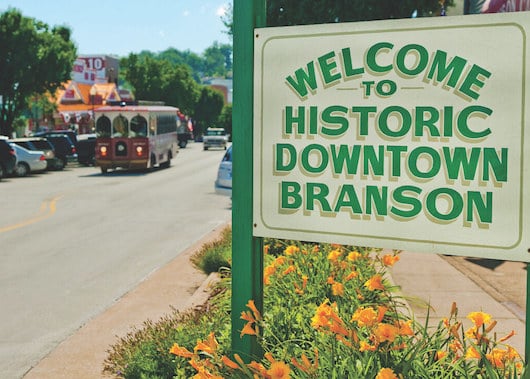 Downtown Branson is not going to win any awards for running. Many of the main streets (including ‘Main Street) are super wide and busy…and some don’t have decent sidewalks. But for those wanting to add to other central Branson routes or get in some variety, there are some quieter side streets that are pleasant enough for running. We have not mapped a specific route — rather we suggest you create your own out of the following recommendations.

There are two ‘parts’ of downtown Branson, both located on the west side of the lake and east of State Highway 76. Near Branson Landing, and inside of Highway 65, you can explore some of the quieter residential streets — the better ones are the north south ‘numbered’ streets (2nd to 7th), some of which are up to 1 mile. Some of the east-west streets are OK, but can be busy and lack sidewalks. West of Highway 76 (Roark County Rd.) is the ‘Theater District’, also called “The Strip,” and known for its sports bars, restaurants, and shows, including Dolly Parton’s Stampede. The main roads in this area tend to be busy and not very pleasant for running.

The signature running path in Branson runs for just over 1 mile from Branson Landing to North... more...