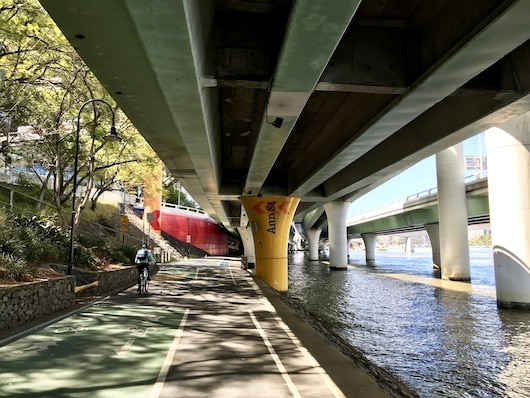 The Bicentennial Bikeway is a paved path that stretches along the north side of the Brisbane River, from the Botanic Gardens west to Toowong. It’s part of a series of paths along the river, easily accessible from downtown.

The bikeway follows the busy Coronation Drive and the Pacific Motorway — so you’ll be next to cars, but the path is well separated and there are good views of the river most of the way. There are separate lanes for pedestrians and cyclists. Drinking fountains and shaded rest areas are provided at regular intervals.

Add-Ons: See our River Loop, Southbank, and New Farm routes for additional riverfront running paths that can be combined for a longer run.