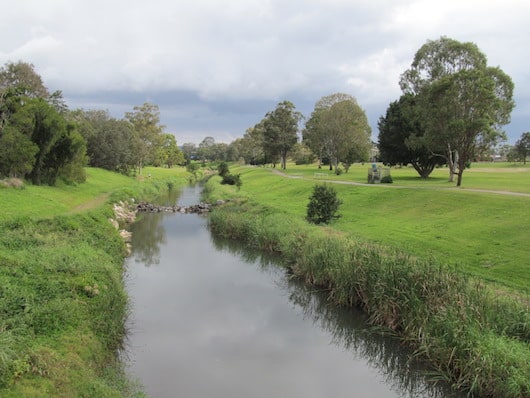 The Kedron Brook Bikeway is a hidden gem in Brisbane’s northern suburbs. We’ve mapped a picturesque, convenient and popular section of this multi-use path from Teralba Park near the Brookside Shopping Centre to Toombul, near the Toombul Shopping centre. It is a very picturesque path with lush gardens, and wide green lawns running through a sort of linear park along the Kedron Brook nature corridor. The eastern section of the path is near the Brisbane Airport.

Most of the route consists of concrete paths, with some sections on road and some sections where the bike and pedestrian paths are separated. Restrooms and water fountains can be found along the route and there are various parks that can be used as a rest or turnaround spot. Workout stations are also located along the path.