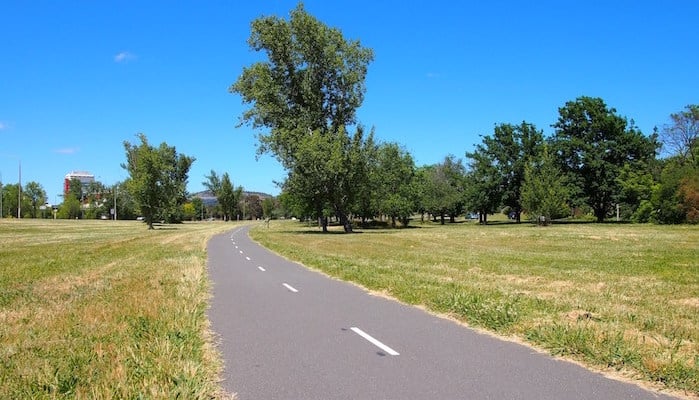 Canberra is not only a running-friendly city, it caters to bike enthusiasts as well. Luckily, cyclists don’t mind sharing the miles upon miles of paved paths in Canberra’s southern suburbs. These paths are a fantastic alternative to running on roads, and a good way to see some of Canberra’s neighborhoods for the curious traveler. Almost all major roads in Canberra are accompanied by a bike path, so almost any DIY run is fair game, but some of the nicest sections of path (and the coolest areas to visit) include Point Hut Pond and Lanyon Marketplace, Kambah Village, and Belconnen, where you can run through the University and around Lake Ginninderra.