A Guide to Running in Canberra, Australia 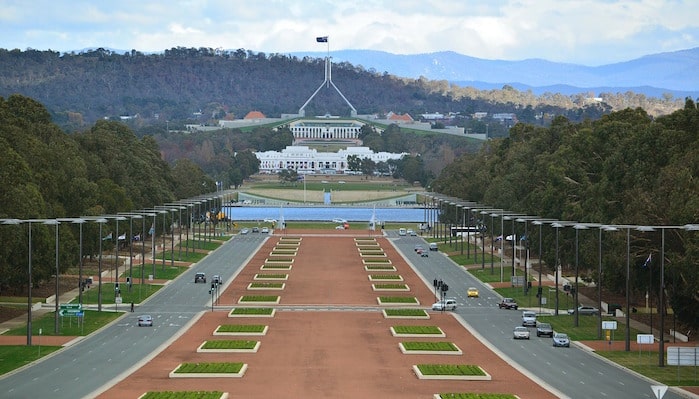 While Australia’s coastal cities tend to hog all the attention of tourists, the Australian capital of Canberra, a bit northeast of Melbourne on the banks of Lake Burley Griffin, is a fantastic destination for outdoor adventures. Canberra is a planned city where major roads form a hub-and-spoke pattern from the lakeshore, where sits the modern Parliament House, as well as museums including the National Gallery, known for its indigenous art collections. Canberra is sometimes nicknamed the “Bush Capital,” as it is surrounded by farmland and forest. This is our guide to running in Canberra, Australia.

With all that green space, it’s no wonder that locals tend to favor trail, dirt, and grass routes. However, the most popular route in the city is undoubtedly the bridge to bridge route around Burley Griffin, which winds through some beautiful parks and downtown areas. Other popular routes include offroading in the Stromlo Forest Park, around Mount Ainslie, at the Arboretum, and Cooleman Ridge. We’ve also put together a ‘runseeing’ tour of Canberra, featuring the main sights and beauty of this capital city. Another favorite is the ‘flower to tower’ run starting at the Botanical Gardens and up to the Black Mountain Reserve. There are also wonderful bike trails north and south of the city that are great for running.

If you’re visiting Canberra without wheels of your own, getting around via public transportation is a cinch. ACTION buses, from Transport Canberra, make frequent stops at key locations in the city, while a designated hop on hop off bus frequents the tourist haunts. Even some of the more remote runs have bus stops close by, so don’t be shy about traveling to any of these top running spots!

Some of our favorite runs in Canberra, Australia 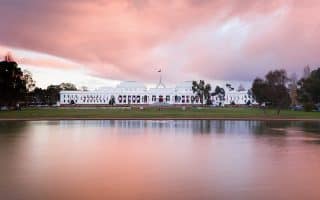 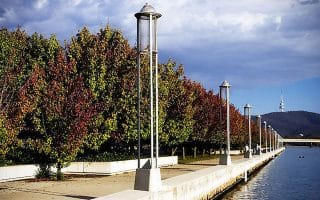 Along the Water | Great Views | Iconic | Parks | Lake Loops
Without a doubt, the highlight of all running in Canberra is this route around Lake Burley Griffin, which hugs the coast through Commonwealth Park and traverses over the water via two bridges.
Explore 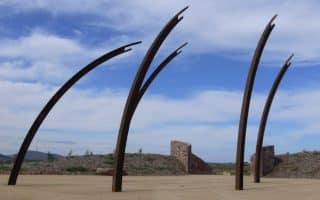 Great Views | Iconic | Parks
If too much pavement pounding is jostling your joints, take your run to the Stromlo Forest Park in western Canberra, where the maintenance team has turfed a specialized 2.5k running loop with cushy Santa Ana Couch grass.
Explore 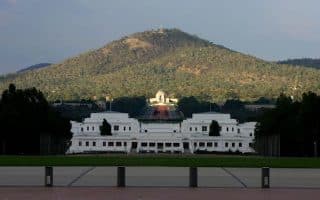 Parks | Trail Running
Mount Ainslie is an 843 meter hill which serves as the focal point for the Canberra Nature Park in the northeastern corner of the city. While it’s possible to run the drive up to the lookout for a hill training run, a popular 12k route is the loop around the base of the hill.
Explore 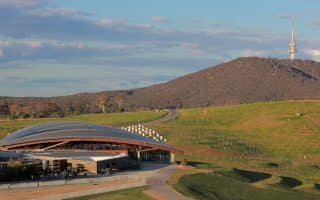 Parks
For an introduction to the Australian bush without the risk, the National Arboretum Canberra is a great spot to learn about flora on foot. It’s not a spot for a lengthy run, but there are two decent 2k circuits that make for a nice quick tour of the trees.
Explore 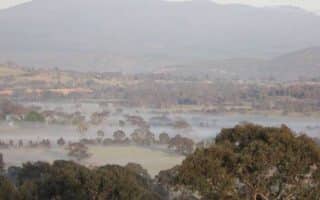 Trail Running
The Runners Club at the Canberra YMCA is particularly fond of the park’s Canberra Centenary Trail, which can form the base of either a 5k or 12k route.
Explore 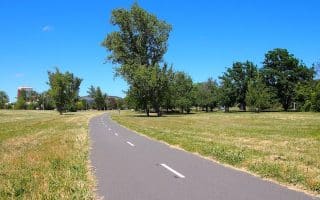 Multi-Use Trails
Canberra is not only a running-friendly city, it caters to bike enthusiasts as well. Luckily, cyclists don’t mind sharing the miles upon miles of paved paths in Canberra’s southern suburbs.
Explore 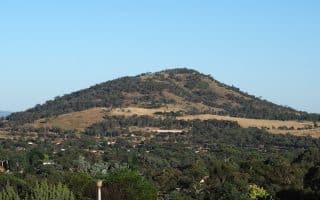 Great Views
For a panoramic view of the city of Canberra, it doesn’t get any better than Mount Taylor, an easy climb conveniently located just outside the suburbs of Torrens (Woden) and Kambah (Tuggeranong).
Explore 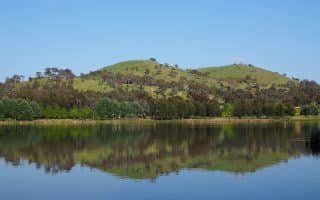 Along the Water | Parks | Lake Loops
Canberra hosts a free weekly 5k at Lake Tuggeranong. The entire lake has a loop around it that makes a nice longer run, but an out and back on the bike path in southern section of the lake is the designated 5000 meter course.
Explore 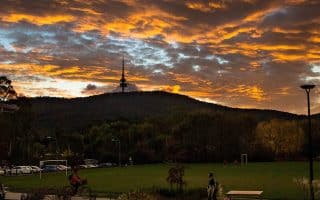 Great Views
There are plenty of running trails between the Black Mountain Reserve and neighboring Aranda Bushland Nature Reserve, but the nicest way up is via the Australian National Botanic Gardens (sometimes known as the “Flower to Tower” route).
Explore 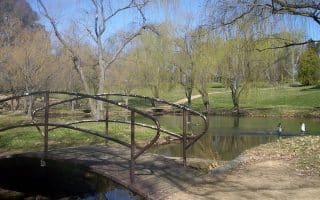 Great Views | Parkrun
Looking for some fun and friendly competition? Canberra hosts a selection of Parkruns throughout the city.
Explore

Along the Water | Great Views | Iconic | Parks | Lake Loops
Without a doubt, the highlight of all running in Canberra is this route around Lake Burley Griffin, which hugs the coast through Commonwealth Park and traverses over the water via two bridges.
Explore

Great Views | Iconic | Parks
If too much pavement pounding is jostling your joints, take your run to the Stromlo Forest Park in western Canberra, where the maintenance team has turfed a specialized 2.5k running loop with cushy Santa Ana Couch grass.
Explore

Canberra has a sunny, mild oceanic climate. Summertime (December-March) high temperatures average in the low to mid-80s (25-28C), while nights are coolish, dipping into the mid 50s (14C). Wintertime, the average high temperature in July is 54F (12C), with nights dipping to near freezing. Snow is rare. Precipitation is fairly evenly spread throughout the year, averaging 615 mm (24 inches).

Check out Australia.com’s suggestions for where to stay in Canberra.

The Runners Shop has two locations in Canberra, and are very involved in the city’s running community.  Group Runs: Several events throughout the week. Monday nights for novices, Wednesdays for more advanced ‘orienteering’. Info

The Athlete’s Foot has several locations

The Australian Run Calendar has an in depth list of runs in Canberra. Cool Running Australia also maintains a great running event calendar for Canberra.

Australian Running Festival. The biggest running event held in Canberra happens in April, taking in the picturesque sights around Lake Burley Griffin in central Canberra. Events range from 5km and 10km fun runs up to the half, full and ultra-marathons.

Weston Creek Half and Fun Run. The Weston Creek Athletic Club runs a half marathon in March and a 6k fun run in October each year.

Mountain Running ACT.  Numerous mountain running events occur regularly in Canberra. On the first Tuesday of each month there is a race up Mount Ainslie, while the third Tuesday of each month is a run up Black Mountain. One of the highlights on the mountain running calendar in Canberra is the Bush Capital Marathon festival held in late July each year. Events range from a 2km children’s run up to the full 63.3km ultra and relay. Keep an eye out also for The Runners Shop / Brooks Black Mountain Challenge, held on the second Sunday in December.