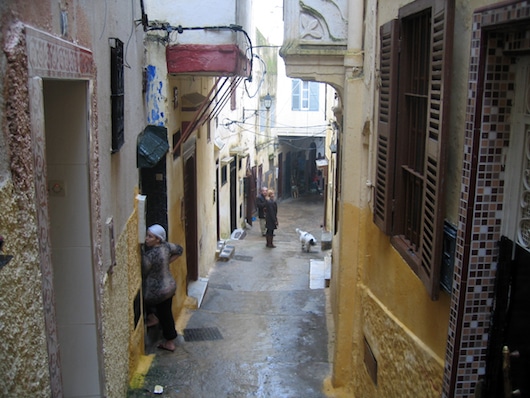 Away from the waterfront and signature parks and squares, running is not so easy in Casablanca, owing to the crowded, maze-like road structure. But there are a few hidden gem neighborhoods which we’d recommend for running:

Old Medina. Don’t expect us to plan a route for you here! Get up early and explore the narrow alleys of Ancienne Medina, Casablanca’s atmospheric old quarter. Shops, cafes, and other landmarks. This is one to do during uncrowded times. The area lies between the Casablanca Port and the Mosque Hassan II.

Oasis Neighborhood. Fun to explore the streets of this quieter neighborhood, which has smaller buildings, and gardens. Avoid the major boulevards. Bounded by the N1 to the south and west, and Blvd. Oasis to the north.

Anfa. This is the fanciest neighborhood in Casablanca. Create your own run on the quiet, residential streets, enjoying the lovely homes and gardens. It’s bounded by Boulevard de l’Océan Pacifique to the north and the Anfa Golf Club to the south.

Quartier Californie. Several km east of the city center, this is a pleasant, quiet residential neighborhood with fewer cars. Tucked in the area between the A3 and the A1, just north of the N11.