A Guide to Running in Cadablanca and Nearby Areas 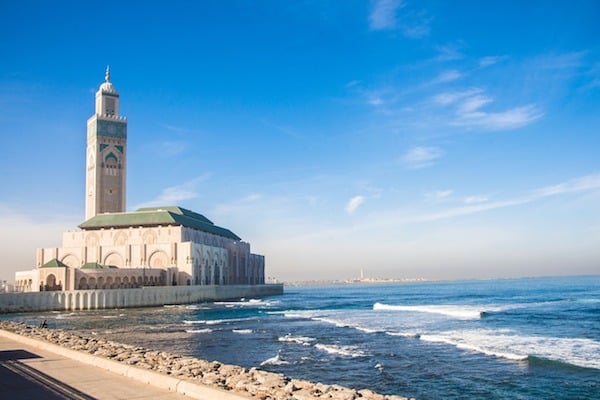 Casablanca is the largest city in Morocco, and with its location on the Atlantic Ocean, an important port and economic center. The former French colony is an interesting mix — the Old Medina area was destroyed by the French but has undergone some restoration, while the French designed ‘New Town as a model city, with wide boulevards radiating south and east from United Nations Square. The situation for running in Casablanca is also a mix: there’s a lot of congestion and poor air quality, so we recommend sticking to the waterfront, and some select streets and neighborhoods that we’ve researched. Note: locals suggest dressing modestly, and avoiding isolated areas for jogging at night or running with a companion.

The best places to run in Casablanca are centered around nearly 13 km of paths along the Atlantic Ocean and numerous beaches. We’ve also designed a ‘runseeing‘ tour that incorporates the most runnable of New Town’s wide boulevards, as well the city’s largest parks and squares. The Bouskoura Forest, located 20 km east, is referred to as Casablanca’s ‘lungs’ and has numerous paths and trails. The best neighborhoods for running are Oasis, Anfa, and Quartier Californie. And for more waterfront running, we recommend Tamaris, 30 km south of Casablanca.

We should mention that the weather for running in Casablanca is great year-round, with mild winters and warm but not overly hot summers. Air quality can be a factor, however. For transport, there are three tram lines, plus an extensive bus system.

Some of our favorite runs in Casablanca, Morocco 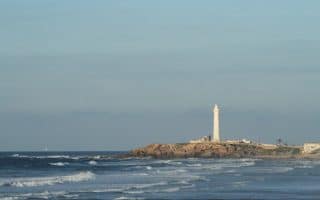 Along the Water | By the Beach | Iconic | Great Beach Runs | Seaside Promenades
The signature run in Casablanca is along ~13 km of waterfront roads and paths, from the Marina to the Morocco Mall. Sites include Hassan II Mosque, El Hank Lighthouse, and numerous beaches, which are also runnable.
Explore 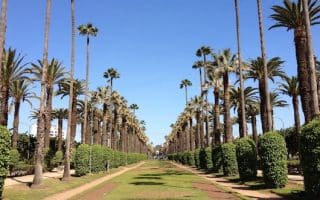 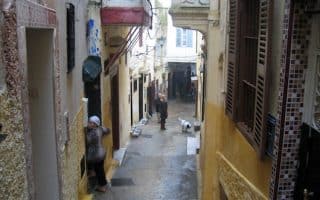 Historic / Tourist
For more bucolic residential running on quiet streets, we like the Oasis and Anfa neighborhoods, and the Quartier Californie. The maze-like alleys of Old Medina are fun for exploring, but go early to avoid the crowds!
Explore 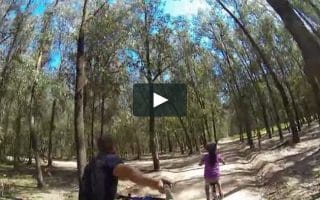 Multi-Use Trails | Trail Running
The prime large green spot for running in Casablanca. Spread over 1200 hectares, the forest vegetation is dominated by eucalyptus trees. There are many km of generally wide and gentle paths, plus numerous open green spaces.
Explore 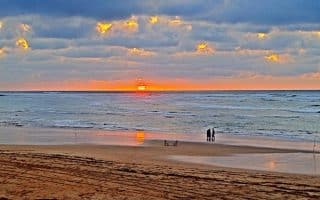 Along the Water | By the Beach
If you crave more waterfront running, head south of Casablanca to the laid back, family-friendly Tamaris seaside area. There’s a nice, wide path running along the P3012 road, with excellent views of the water. It's about 10 km out and back, or choose any length!
Explore

Along the Water | By the Beach | Iconic | Great Beach Runs | Seaside Promenades
The signature run in Casablanca is along ~13 km of waterfront roads and paths, from the Marina to the Morocco Mall. Sites include Hassan II Mosque, El Hank Lighthouse, and numerous beaches, which are also runnable.
Explore

Casablanca has an excellent climate for running year-round, though attention must be paid to air quality. Summers are warm but not too hot, with average high temperatures of 27C (81F) and pleasant nights. Winters are mild, with daytime temperatures in the 17C range (mid-60s), and cool nights (6C, 40sF). You’ll need a layer. Precipitation is typically Mediterranean, with most rainfall during the winter season and hardly any in summer.

Casablanca is a major economic center in Morocco, as well as a popular visitor destination. There are hotels well spread through the city. For the best access to running, we recommend staying within reasonable distance of the waterfront, or near the United Nations Square for access to the best spots for running in New Town.

There are no dedicated running stores in Casablanca, but there are outlets for Sketchers, Adidas, and Sportsplus. Decathlon Sports also carries running gear. See the city overview map for details.

The ALC Casablanca Running Club is one option. Run Casablanca has a Strava group.

This calendar has a good list of running events in Morocco, including Casablanca.

The Casablanca Marathon, held in October, is a signature running event.