No Thanks
Chiang Mai, Thailand 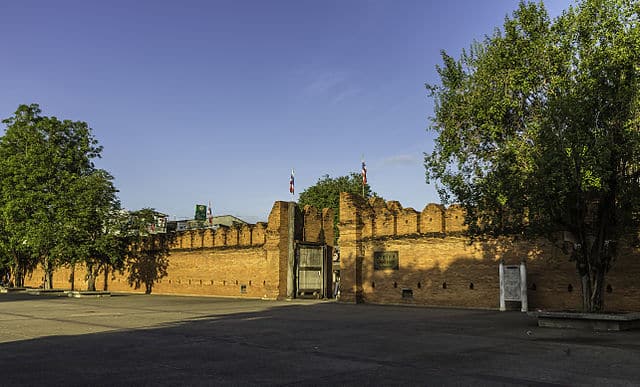 This might not be the most bucolic run you’ve ever done, but running the perimeter of Chiang Mai Old City is popular with runners. A road that follows an old moat that surrounds the historic section of Chiang Mai. It’s 6.4 km around. Note that the sidewalk along the perimeter road is not great — there are potholes and undulations, and the road in general can be traffic-y and crowded.

Our route includes a lap around the Suan Buak Haad Public Park.  There are some nice paths and shade trees — a loop around is ~0.7 km. Best to go early and beat the heat.

You can start the run at the park, or for a grander option, start at the historic Tha Phae Gate. It is possible, but difficult, to run inside the Old City. There are some rules and etiquette around the old temples that runners should be aware of.

The best area for a run in Chiang Mai. You can put together several off-road, shaded km... more...

The best spot for a scenic off-road run in the Chiang Mai area. One can do a... more...