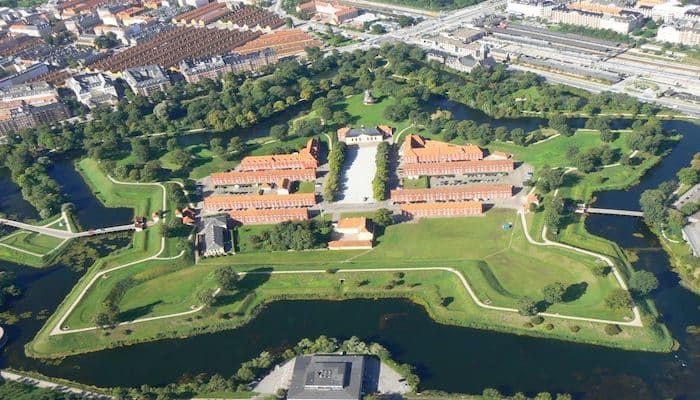 This is a fantastic waterfront and fortress combo run. Start at the cobbled King’s New Square.  Nyhavn is a 17th-century waterfront, canal and entertainment district, lined with those colorful 17th century townhouses you see in all the pictures. You’ll also see many wooden ships along the canal. Pass by Amalienborg Palace, and then take Esplanaden up to the Kastellet, which is reached by bridge.

Built in 1662, Kastellet is one of the best-preserved military fortresses in the world. It served as the defensive bastion of Copenhagen’s military, holding guard over the nearby Amalienborg castle. It’s a neat place to run, as there is a path around its entire circumference. There are great of Øresund, the park, and inner city Copenhagen. It is 2.5k (1.6 mile) around the Kastellet — great alternative to the track for laps! Then, return along the waterfront, doing a jaunt out to the Little Mermaid if you like.

Add-On: More waterfront running over the bridge to the Freetown/Christiana area.