See Also Our Guide to Malmo, Just Across the Öresund Bridge 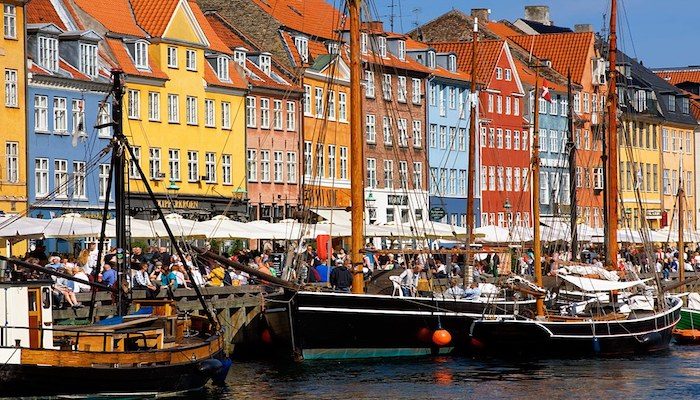 Copenhagen is a city of 2 million people, sitting on the coastal islands of Zealand and Amager. It’s a a major center of northern Europe, with a modern feel. A lot of the development has taken place along ‘five fingers’ stretching out of the city along rail routes. There’s a lot of scenic running in Copenhagen, taking advantage of the city’s  waterfront setting and numerous bridges. The new Øresund bridge connects to Malmö, Sweden. Note: If you’d like to have a guided running experience in Copenhagen, we highly recommend our affiliate partner Go! Running Tours.  Many thanks to Kent at the Marathon Sport running store for his help with this guide!

Some of the best places to run in Copenhagen are right in the city’s compact centre. Start with our runseeing tour of Old Town, Indre By. Also in the centre are a run along four lakes; a waterfront route in Nyhavn out to the Kastellet fortress, and a lovely run combining several parks & lakes. We also have an attractive route combining Christiantown & Freetown. On Amager Island, there are waterfront routes on the Amager Strand on the east side, and Kalvebod Fælled on the west side, and a parkrun along Fælled. South of the city is a three park run centered on Valby Park, and 20 km of waterfront running paths anchored by the Arken Museum. For a destination run, take the S-Bahn north of the city to Utterslev Mose or Dyrehaven forest park.

Weather is a factor here — it can often be rainy and unsettled. There’s not much daylight–or sun–in winter, and there can be snow and ice although average high temps are just above freezing. Summers are mild but not warm, and there are wonderful, long days. The city has a great public transportation system, consisting of a metro, trams,  local trains, and a Ferry along inner harbour, which makes for great one-way running opportunities! The infrastructure for cycling is fantastic.

Some of our favorite runs in Copenhagen, Denmark 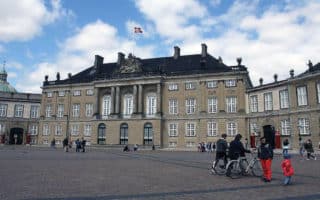 Our Copenhagen 'runseeing' tour of Copenhagen's key sights: the main shopping district, along the old harbor, past the royal palace, through the old fort, several parks and palace gardens, and the university neighborhood.
Explore 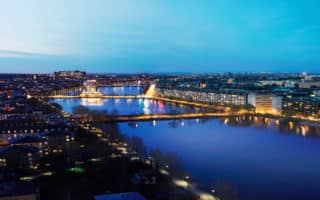 One of the most popular places for running in Copenhagen. 4 miles of running along the water on dedicated paths, centrally located. Easy to vary with bridge crossings and parks nearby.
Explore 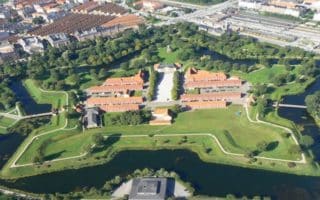 A fantastic waterfront and fortress combo run. Enjoy the Nyhavn, the 17th-century waterfront, canal and entertainment district with its colorful townhouses, and then the 2.5k loop around the wonderfully preserved Kastellet.
Explore 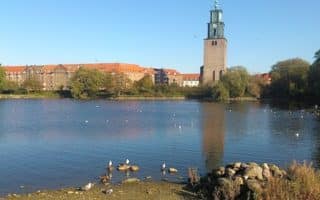 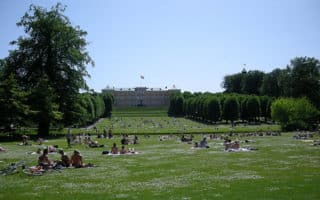 Søndermarken and Frederiksberg Have

Two gorgeous and adjoining parks, about 4km from the central city. There are landscaped grounds, great lawns, palaces, cisterns, lakes, and winding, wooded paths. Can easily put together a few km of running in these parks.
Explore

Centrally located park, with great paths for walking and running. It's about 3.5k around the perimeter paths. Great to combine with Lakes paths, and the Østre Anlæg park just to the south.
Explore 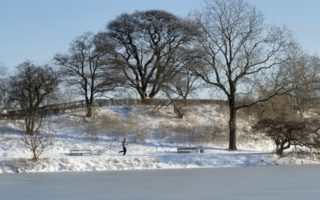 This is a great run in two adjoining neighborhoods, just over the bridge from Nyhavn. Enjoy running the ramparts, along the water and into the funky Freetown Christiana neighborhood, and around the Opera House.
Explore 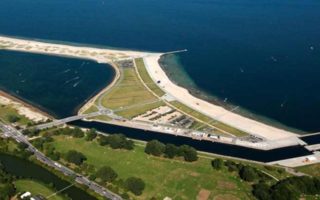 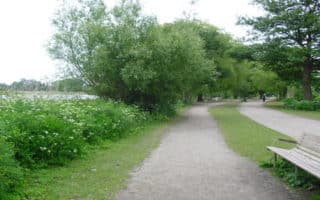 A series of three lakes 6 miles north of Copenhagen, easily reachable by S-Bahn. Wonderful combination of water views and wooded trails. A run around all the lakes is 5.5 miles.
Explore 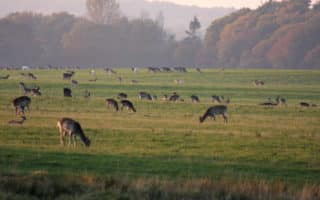 A forest park & UNESCO World Heritage Site 15km from Copenhagen, easily reachable by train. There are 1,000 acres of trails with ancient oak trees, and large populations of red and fallow deer.
Explore 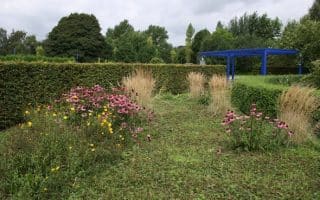 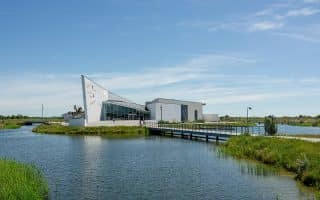 In the southwestern part of Copenhagen, 20+ km of scenic paths near the Arken Museum and the Kalvebod Fælled Nature Preserve. Paths feature grasslands and some great water views.
Explore

A fantastic waterfront and fortress combo run. Enjoy the Nyhavn, the 17th-century waterfront, canal and entertainment district with its colorful townhouses, and then the 2.5k loop around the wonderfully preserved Kastellet.
Explore

Copenhagen’s climate is typical of northern Europe, heavily influenced by the water. This keeps

the city comparatively mild in winter, with average temperatures above freezing. Still, it can snow and roads can be icy. Winters have short days and little sun. Summers are mild, with average high temps in July around 70F (21C) and cool nights. Days are lovely and long. Rainfall is common throughout the year, and there can be strings of cloudy days.

Most of the hotels well located in the city center, between then Ingerslevsgade main rail lines to the west and inside the 02 highway to the east, and then between The Lakes and the Harbor. There aren’t that many hotels in Christianshavn. There’s a cluster of business-y type hotels along the water and the 02 highway to the southwestern part of the city.

Marathon Sport has two central locations, one right on the Lakes.  Group Runs: Monday 17:00 and Wednesday 20:00   **Many thanks to Kent at the Marathon Sport running store for his help with this guide!””

Joyrun is another local running store, near the Botanical Garden.

Byman Sport is a triathlon store near Østre Anlæg.