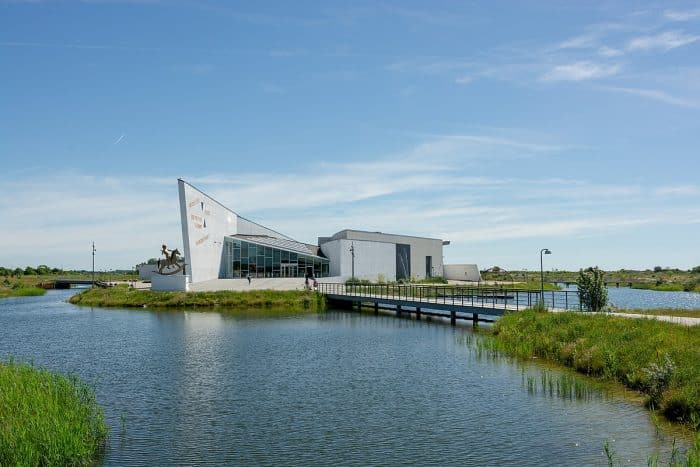 In the southwestern part of Copenhagen, there’s 20+ km of scenic running on strand paths and waterfront promenades.  We’ve mapped two routes around the Arken Museum of Modern Art.

West of Arken Museum. About 7 km of  paths headed west of the Arken Museum along Køge Bugt Strandpark. Combination of grasslands and water views.

Brondby Strand. Some 8 km of waterfront running from the Arken Museum east along the Brøndby Strandpark to the Big Windmill. Great water views! On Brondby Strand, there are paths both along the beach and north of a series of lagoons.

Add-Ons: The waterfront promenade along the western end of Amager Island is a few km east of the Big Windmill — there’s a pedestrian along the E20 bridge connecting Zealand & Amager.